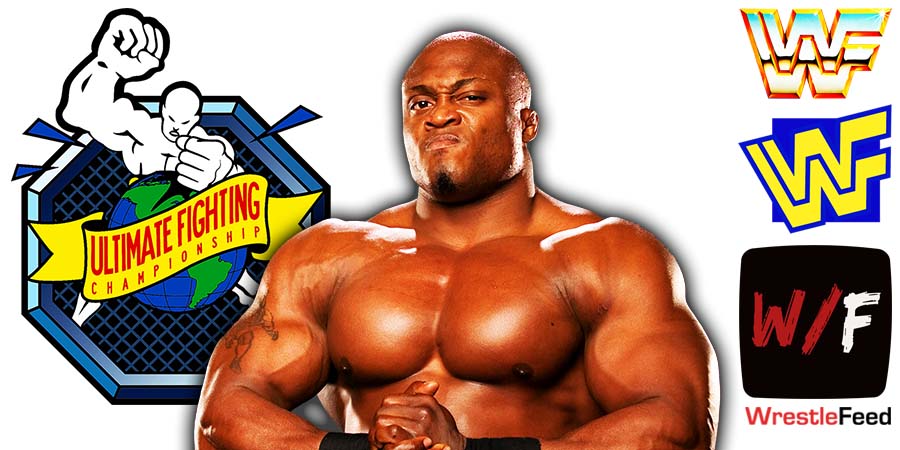 During a recent interview on The MMA Hour, current WWE Champion Bobby Lashley recalled getting an offer from UFC President Dana White and explained why he turned it down.

“I’m not a 100% sure, but I know that Dan (Lambert) had talked with Dana (White) at one time and Dana he was fair with it, he said, ‘You know we can’t offer him a huge contract, but we will give him something that he can get his foot in the door and kind of prove himself.’

That’s all I knew and then when I talked with Dan about it — Dan’s a huge pro wrestling fan — Dan was like, ‘They want you to sign everything. There’s no more pro wrestling. Are you ready to shut the doors on pro wrestling?’

I was like, ‘Golly.’ You can’t offer me a contract and say, ‘Yeah we bring him in, but he needs to shut all of that down and get small money.’ Because the wrestling is something that I knew that I could really make some good money on long term.

So I couldn’t take a small contract to prove myself where I had pro wrestling where I’d already proven myself and that was always my money bag that I could always go back to. So I really couldn’t do it.

Everything was left up in the air for me with [Bellator President Scott Coker] and I wish I could have done that with Dana, but I understand that you can’t do that in the UFC.