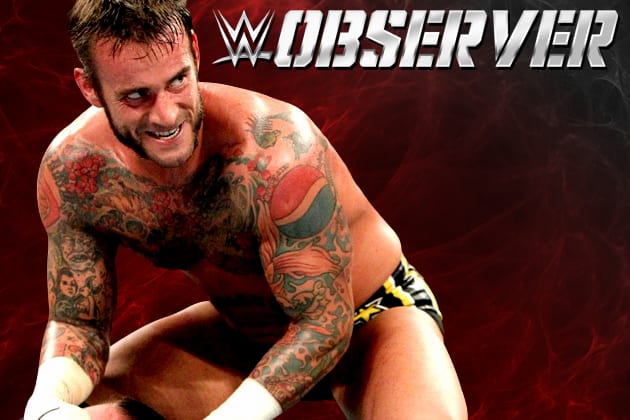 Current TNA World Heavyweight Champion, Bobby Lashley, recently spoke with Give Me Sport and gave his views on various topics like differences in TNA & WWE, his two runs in TNA, facing young stars on Impact Wrestling, CM Punk signing with UFC & much more. Below are the highlights from the interview:

What can Impact do to attack the WWE’s dominance of the pro-wrestling market?

I think right now that we’re building in the right direction and I don’t want to say they are declining but they are at a bit of a standstill. Getting mixed reactions, while thats happening, we’re rising up. I think that in the future it will get to a point where there will be a little bit more competition between the two.

You’ve had two runs in TNA, what are the differences between now and then?

Yeah, my first run I wasn’t completely right and wasn’t able to give it 100% like I wanted too. I had some time in between to wrestle a bit and this time had more chance to settle in. And this time it has been a lot better, my work rate’s been a lot better as well as getting to work with some top guys. And I’m pretty proud to holding that title for TNA right now.

What if any are the differences between TNA and WWE for a wrestler?

You know here I like the cohesive unit and everyone is on the same page, no real back stabbing and none of that politics that usually go on, especially in the wrestling business. I know that everyone coming here is like we’re about to blow this show outta there. Everyone is on the same page with that. People will enjoy the things we do and in the long run they’ll be a shift.

You are the one of the most successful crossover star between wrestling and MMA, how do you think new UFC signing CM Punk will fair in MMA?

I think he’ll do great, he’s had plenty of time to train. Once he has got all of the training in. I believe he’ll go out there and show the crowd that he is ready for it and I think he’ll earn a lot of respect for doing it. I know a lot of people will be watching, I know I will!