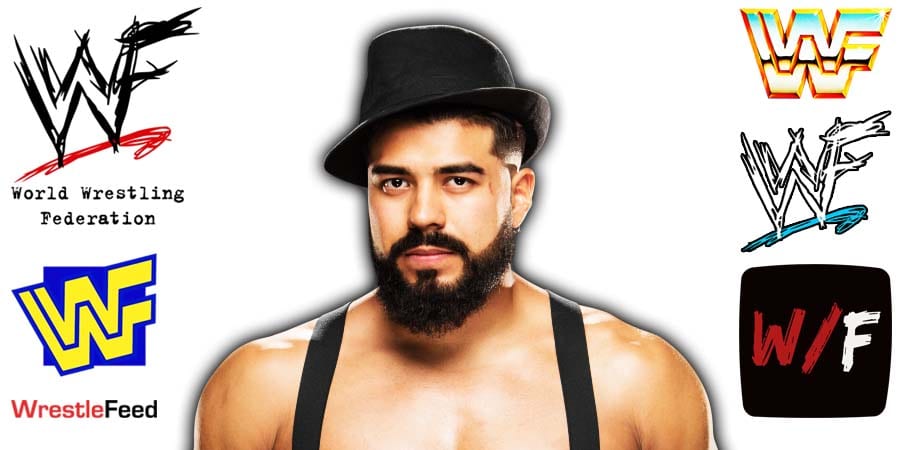 • Booker T On What Holds Back Andrade In WWE

During a recent edition of his Hall Of Fame podcast, two time WWE Hall of Famer Booker T addressed Andrade asking for his release from WWE.

Booker T praised Andrade for being a great wrestler, but noted that Andrade’s English speaking skills hold him back in WWE.

“I was reading that Andrade asked for his release. WWE, of course, don’t want to lose a guy like Andrade.

I’ve said it before, this guy is next level as far as his talent goes. He is special, he is extraordinary. If he worked on his English as much as he worked on his work in the ring, he’d be a star right now.

I think that’s the one thing that holds him back, not saying that’s a negative in a sense. But from trying to make him a mainstream star in America, it’s something that, you know, he needs that.

I say that because most Boxers that came to America and succeeded to that next level, all of those guys learnt English. Just so they can come out and cut a promo, be able to answer questions, and I don’t know, the one guy, Julio César Chávez, I think he’s the most famous Boxer that never thought about speaking English. But when you are 100-0…(laughs).”

Also Read: Andrade Not Getting Released From WWE

In Florida during the early 80s, he was known as “The Purple Haze”, a member of Kevin Sullivan’s stable.