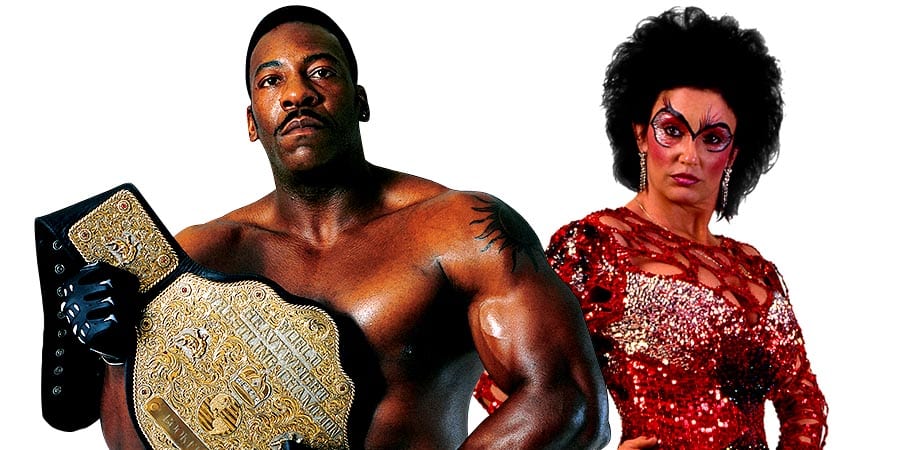 During a recent interview with Hannibal TV, Booker T & Stevie Ray talked about their time in WCW, Sherri Martel, WrestleMania & more. Below are the highlights:

Booker T’s memories on his early WCW days:
“Telling it like it is, we came into WCW as Chi Town Heat, two guys who had just came out of jail. The thing is, being in the situation, my brother and I have always been able to adapt. We went out, we did our jobs, our thing back then was to get our foot in the door and then raise as much hell as we possibly can. 10 World Tag Team Championships later – we set the bar as far as Tag Teams go. We wrestled some great guys. The Steiner Brothers, The Nasty Boys, Sting and Lex Luger. It was a hell of a ride in WCW, still to this day I will be WCW until the day I die.”

“I remember one time Sherri slapped WWE Hall of Famer Jim Duggan so hard he stopped selling. Sherri almost started riots in certain towns. She was our ace that made us.”

“She was paid to do her job and she did that job. When she was paid to do a job she did that job and did that job well. So if that meant slapping the taste out of Jim Duggan’s mouth, that’s what happens. You cannot mention Harlem Heat without mentioning Sherri Martel at the same time. What I remember about WCW, my brother just chronicled about a few things he remembered, let’s talk about a few things Stevie Ray remembers when it comes to you (David Penzer) and those guys in Florida. Everybody told us about what he was doing, he brought the guys down here for $150, pay them $30, and he’d keep the rest. Send em back home.”

“Steamboat vs. Savage at WrestleMania 3. Don’t get more better than that, that’s when wrestling was guys going out there and giving the fans a ride or a roller coaster ride and giving them an adventure. Giving them a story to see from the beginning to the end. Matches like that live the test of time.”