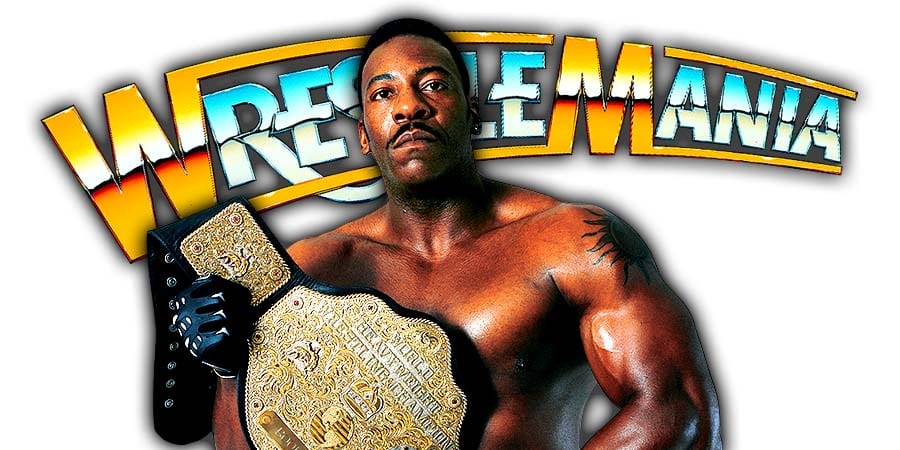 During a recent episode of his weekly ‘Hall of Fame’ podcast, Old School WCW Legend Booker T revealed that he would be willing to wrestle one more match at the grandest stage of them all, WrestleMania, against fellow WWE Hall Of Famer Edge.

“If they were to ask me to do a WrestleMania match with Edge, of course I would do it.

I don’t think there’s anything on their radar or anything like that. I don’t have any itch to scratch as far as getting back in the ring or anything.

But you know me guys. I’m all about that paper, baby. You know, that WrestleMania check was always good. Always good. You know, so, I would love to step back in the ring if the situation was right.

I heard Baron Corbin calling me out. You know, Sami Zayn is out there doing some stuff. There are certain guys I would love to do some stuff with, but they better be able to take care of me more than anything.”

Apart from some matches at independent shows (mostly for his own promotion ROW – Reality Of Wrestling), the last time Booker T wrestled a major televised match, it was April 1st 2012 at the WWE WrestleMania XXVIII pay-per-view, where he was a part of Team Teddy Long in an unsuccessful attempt to defeat Team Johnny Laurinaitis.

This episode featured pre-taped matches, interviews & storyline segments that aired on the same day as ‘WCW Fall Brawl 1994’, hours before the actual PPV.

– Johnny B. Badd vs. Nasty Ned (From WCW Worldwide)