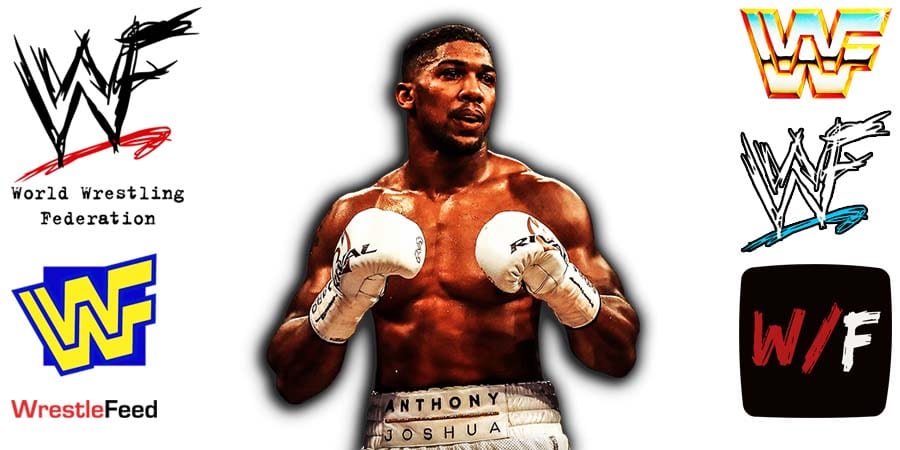 While being a guest on the Alternative Sport podcast, Boxing Heavyweight Champion Anthony Joshua was asked if he would rather wrestle for the WWE or fight for the UFC in the future.

When asked about what entrance theme song he would choose for his WWE appearances, Joshua said:

“’Shut Up’ by UK rapper Stormzy or the ‘Push It to the Limit’ song from the Scarface movie soundtrack.”

Speaking of Joshua, he’s expected to face Tyson Fury in a Boxing match next, which is a £200 Million fight (both men making £100 Million each).

Tyson Fury himself is a big WWE fan and has wrestled a match in WWE in Saudi Arabia, where he defeated Braun Strowman via count-out.

This episode was pre-taped at the Coast Coliseum in Biloxi, Mississippi and featured matches & storyline segments on the road to the ‘WCW SuperBrawl Revenge’ PPV.

4. Mike Awesome vs. The Cat