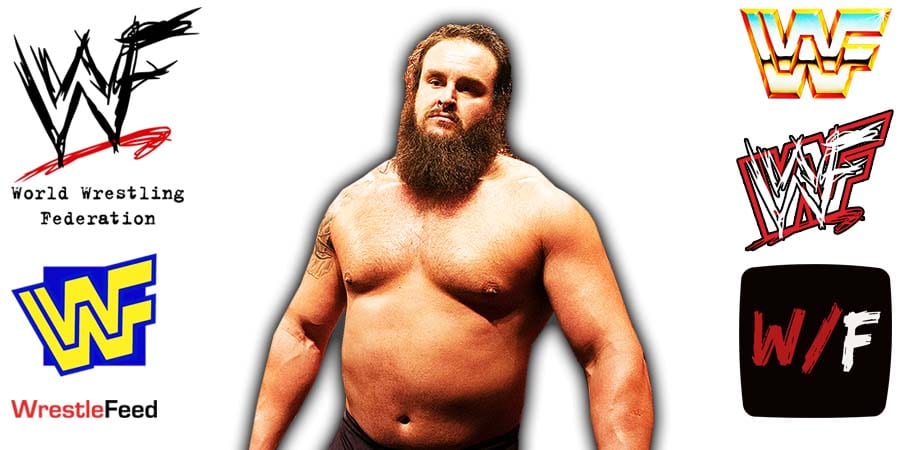 • Braun Strowman Dealing With A Blood Infection, Has Lost 15 Pounds In 5 Days

Former Universal Champion Braun Strowman has revealed that he’s dealing with a blood infection and has lost 15 pounds of weight due to it.

Here’s what Strowman said in his update:

“I got really sick over the weekend. I got an infection that got into my blood system, had to get put onto antibiotics for that, it was awful. I’ve dropped like 15 pounds in 5 days, couldn’t eat and stuff like that, but it looks like I’ve gained 50 pounds of water weight.

All my joints and everything are all swollen and inflamed, but the antibiotics are working, I’m feeling better. We’re gonna nip this thing in the bud, get back to training, put that mask back on, and I’ll be back to seeing you guys very soon.”

Strowman was out of action since November due to a knee injury. He returned on the final SmackDown before Royal Rumble and also competed in the Men’s Royal Rumble 2021 match.