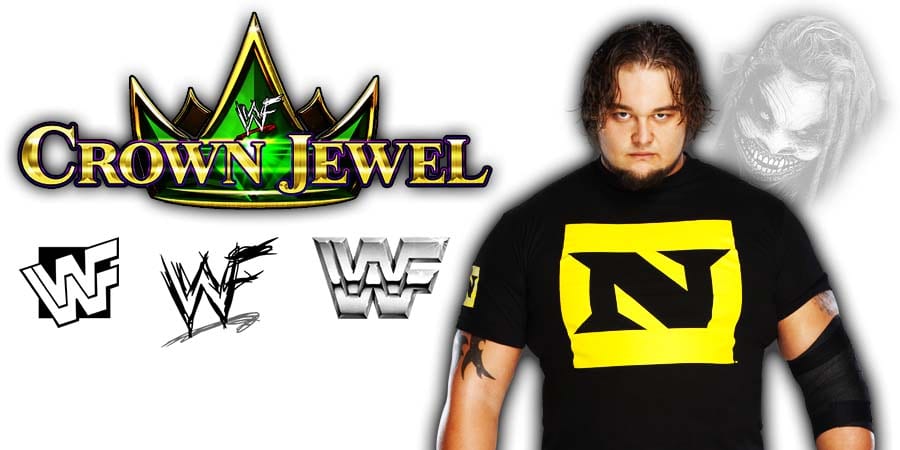 Below are the results from Crown Jewel 2019

– The O.C. won the Tag Team Turmoil match to win the WWE World Cup to become the Best Tag Team In The World

– Natalya def. Lacey Evans in the 1st ever Women’s match in Saudi Arabia

Wyatt is a 2 time World Champion now, as he previously held the WWE Championship as well.

Below is what he tweeted about his Universal Title win: