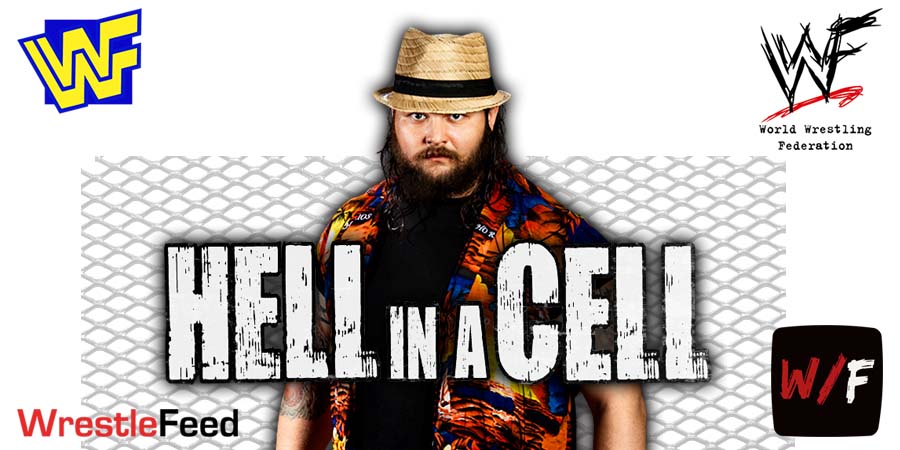 • Bray Wyatt Returning To WWE This Sunday At Hell In A Cell 2022?

Bray has changed his name on Twitter to “Wyatt 6”. This began speculation that Wyatt could be on his way back to WWE.

Wyatt is a name that WWE owns, so Bray using it again began speculation that he could be on his way back to WWE. Also, he used 6 in his Twitter name and Hell In A Cell 2022 premium live event is in 6 days.

He also posted a photo of a moth upside down, with The Fiend face in the middle.

Wyatt then tweeted that he’s ready to make a comeback:

“Everything good that’s ever happened to me, first came a period horrible suffering. I never ask why, I just wait for the rough part to end.

I was chosen for whatever reason. And I’ve got sh*t to do. It doesn’t hurt anymore, it burns.

Wyatt then addressed rumors of his WWE departure being about him being difficult to work with:

Wherever and whenever I decide to return, I’ll remind everyone why they know my name. Again. And again.

Wyatt ended his series of tweets by once again writing that his return is near:

2. One Man Gang vs. Mario Mancini