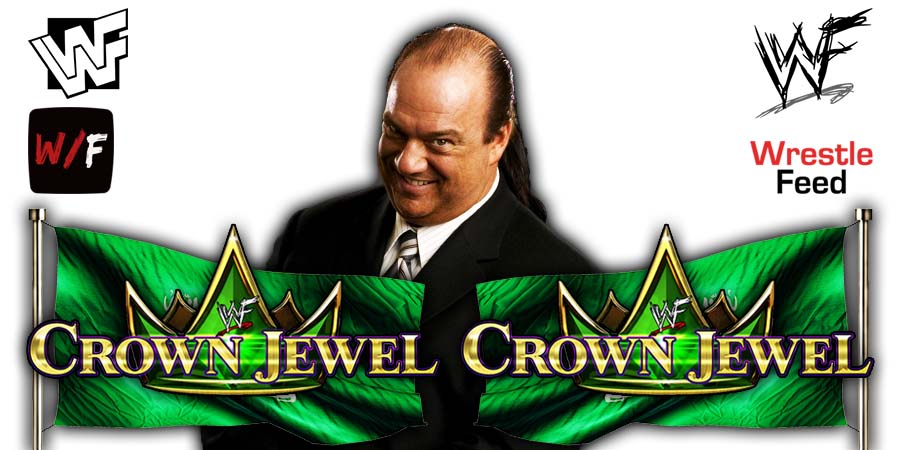 During the ending moments of the match, Heyman threw the Universal Title in between Lesnar & Reigns, and they both grabbed it and Lesnar pulled it away.

“It’s a better camera angle if they fight underneath me. I speak from experience. #justsaying”