– The New Dream Team vs. The Rougeau Brothers

• BREAKING: D-Generation X Is Back & They Challenge Brothers Of Destruction At WWE Crown Jewel PPV

Triple H & Shawn Michaels opened up tonight’s episode of RAW and HHH talked about reaching the top of the summit after WWE Super Show-Down.

HHH talked about how the word respect has lost its meaning nowadays.

HBK then talked about thinking for long time on the flight from Melbourne to Chicago about his retirement for the last 8 years.

But then HHH said that question isn’t for HBK, but for The Undertaker & Kane as he just laid out a challenge to Brothers of Destruction at WWE Crown Jewel PPV.

HBK then said D-Generation X is ready and told BOD to Suck It and then they revealed their DX shirts!

Below is the official match graphic for this huge match: 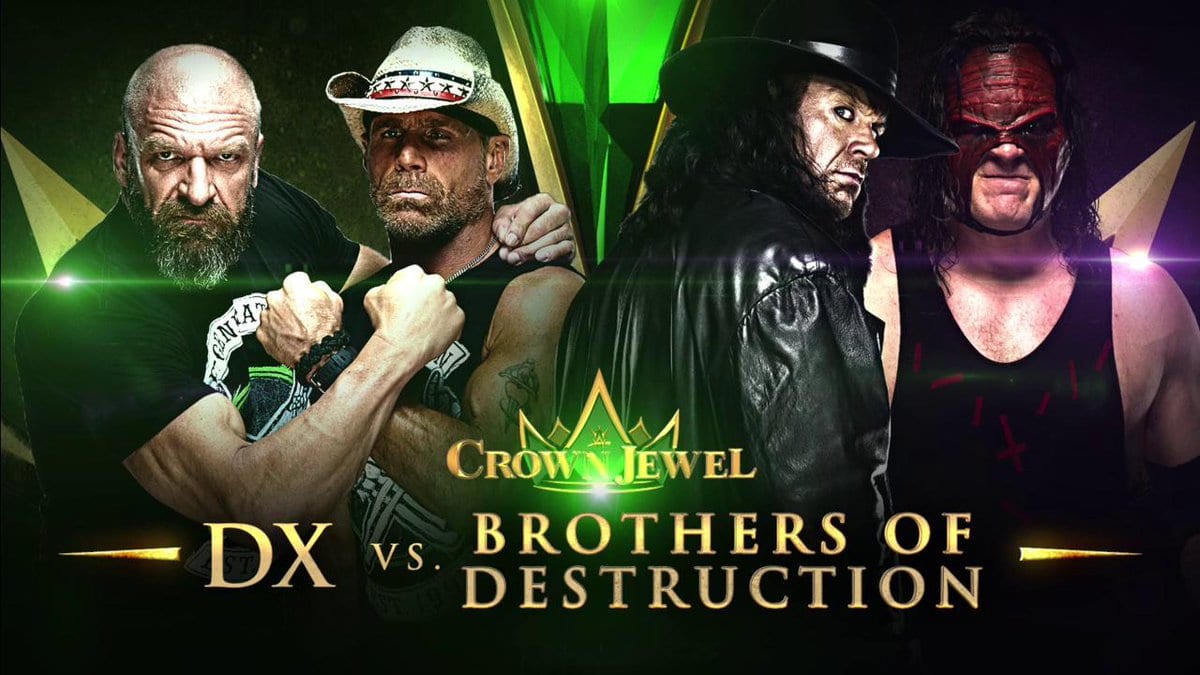 Below is the updated match-card for WWE Crown Jewel PPV: