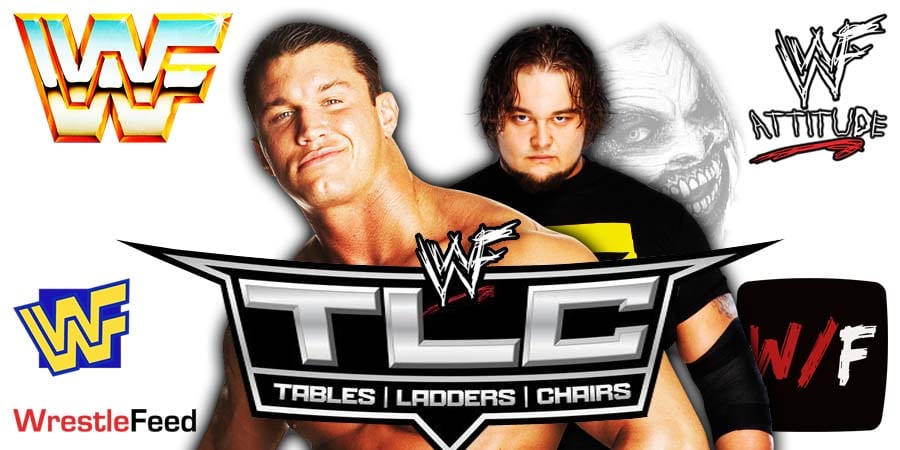 Randy Orton vs. “The Fiend” Bray Wyatt will take place this Sunday night at the TLC 2020 pay-per-view.

WWE just announced that this match is now going to be the first-ever Firefly Inferno Match!

“Randy Orton and The Fiend are set to turn up the heat at WWE TLC in the first-ever Firefly Inferno Match.

Orton and Wyatt are no stranger to the destructive flames, as The Viper once sadistically burned down The Wyatt Family Compound. Last week, The Viper trapped Wyatt inside a burning box, but The Fiend emerged unscathed to punish Orton for his brutality. Now Orton will have to step inside The Fiend’s twisted inferno, and HE never forgets.

After The Fiend’s mind games cost Randy Orton an opportunity to once again compete for the WWE Championship, The Viper fired right back by taking hold of Alexa Bliss in attempt to coax The Fiend during a tense installment of “A Moment of Bliss.”

The Fiend has changed every man to step into the ring with him, but Orton has proven time and again to be a different breed of Superstar? Can The Legend Killer walk through the fire or will The Fiend burn Orton for his past transgressions?

Below is the updated match-card for this Sunday’s WWE TLC 2020 pay-per-view:

The Iron Sheik vs. Nick DeCarlo