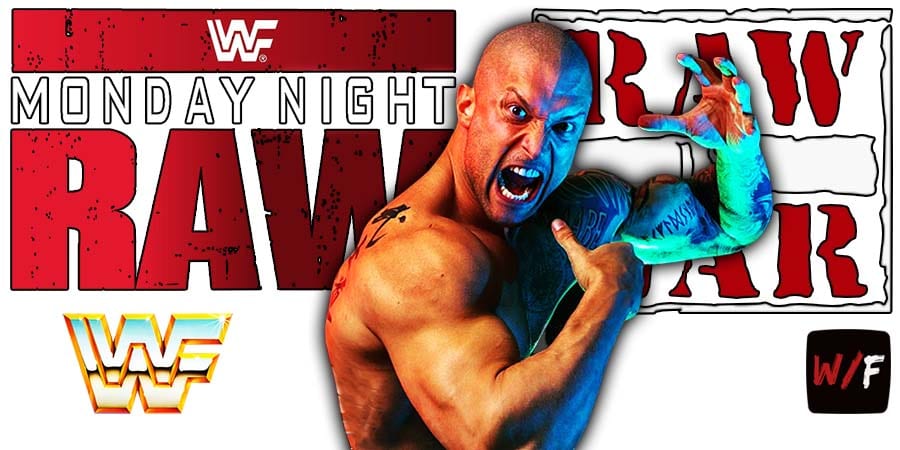 NXT Champion Karrion Kross made his official RAW debut on tonight’s show and he faced WWE Legend Jeff Hardy in a singles match. Scarlett didn’t accompany Kross for this match.

With fans back in attendance, Jeff came out to his old theme song “No More Words”.

After back & forth action, Jeff managed to pin Kross using the ropes. This was Kross’ first loss in the company.

In the post-match interview, Kross said Hardy just made the biggest mistake of his life.

Don Kernodle vs. The Golden Terror