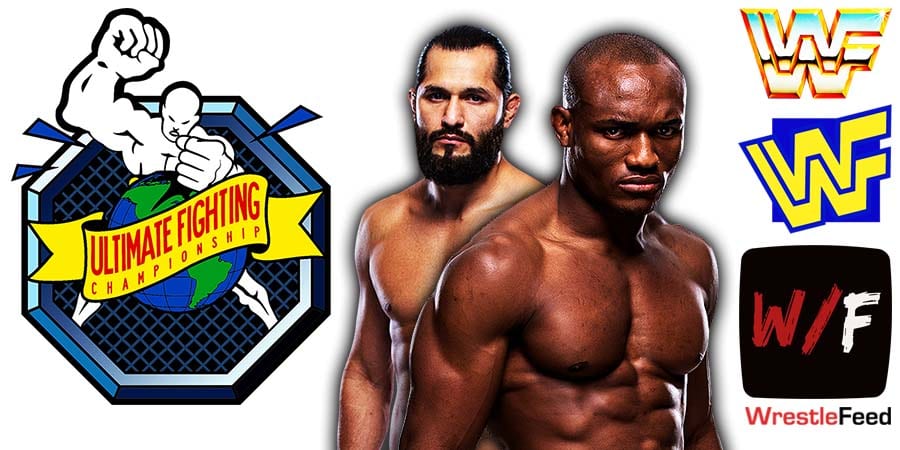 In the main event of tonight’s UFC 261 pay-per-view, Kamaru Usman knocked out Jorge Masvidal in the second round of their Welterweight (170 lbs) bout to retain the UFC Welterweight Championship.

This was Jorge’s 50th MMA fight. After this win, Usman has the second-longest winning streak in UFC history (14), only behind UFC Legend Anderson Silva (16).

You can watch the brutal KO below:

Zhang was upset after the finish as she didn’t think she got knocked out.

You can watch the KO below:

In the post-fight interview, Zhang said she was not unconscious and the referee stopped the fight early, but it was very clear that she was out.

Earlier tonight, Chris Weidman broke his leg during his fight with Uriah Hall.