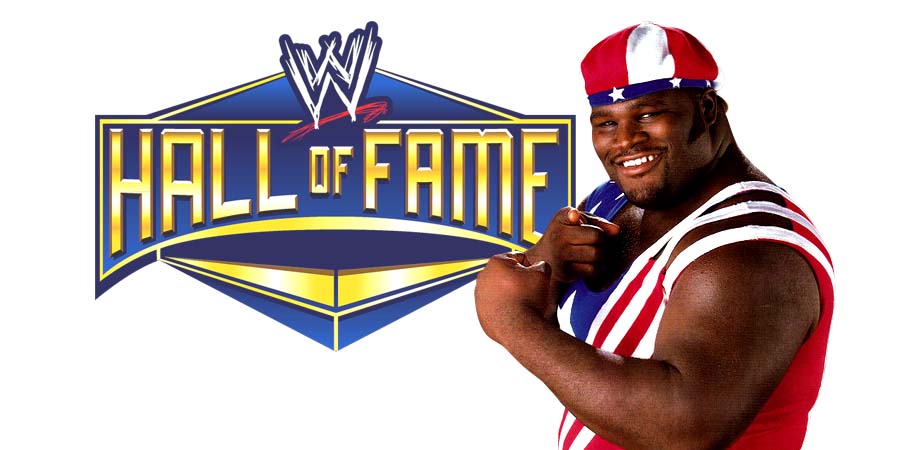 “Mark Henry took pride in giving countless Superstars a vicious induction into his Hall of Pain. During WrestleMania 34 Week, The World’s Strongest Man will enter a completely different hall.

Henry will be inducted into the WWE Hall of Fame as part of the Class of 2018. He joins Goldberg, The Dudley Boyz, Ivory, Jeff Jarrett, Hillbilly Jim, Kid Rock and Warrior Award recipient Jarrius “JJ” Robertson as those being honored during the 2018 Induction Ceremony on Friday, April 6, during WrestleMania 34 Week in New Orleans.

Henry’s journey in professional sports began in the world of powerlifting. After becoming a prodigy in the weight room as a high-schooler, Henry broke out at the 1992 Summer Olympics. One year later, he won gold, silver and bronze medals at the 1993 Pan-American Games. His unbelievable power caught the eye of WWE officials, who signed him to become a Superstar in 1996. Shortly after competing in the 1996 Summer Olympics, Henry made his in-ring debut at In Your House: Mind Games, defeating fellow WWE Hall of Famer Jerry “The King” Lawler.

Henry excelled inside the squared circle as a member of The Nation of Domination alongside Dwayne “The Rock” Johnson, and also became the notorious ladies’ man known as “Sexual Chocolate” during WWE’s over-the-top Attitude Era. While with WWE, Henry would foray into strongman competition and find great success, winning the 2002 Arnold Strongman Classic. Back in WWE, The World’s Strongest Man would use the power that won him that contest, pulling off incredible feats of strength for his fellow Superstars and the WWE Universe.

Soon, though, Henry would discover a mean streak like no other and unleash his rage on the WWE roster. Henry carved a path of destruction through Superstars like The Undertaker, Kurt Angle and Rey Mysterio before making his way to ECW and capturing the brand’s top championship in his first match, defeating Kane and Big Show in the process. After returning to SmackDown, Henry’s penchant for punishment was given a name – his opponents weren’t just being beaten down; they were being inducted into The Hall of Pain.

Henry’s appetite for destruction brought him one of sports-entertainment’s top prizes – the World Heavyweight Championship, which he won by defeating Randy Orton at Night of Champions 2011. As The World’s Strongest Man’s career approached the two-decade mark, rumors of Henry’s retirement began to travel through the WWE Universe. Henry even played into the rumors, appearing on Monday Night Raw in June 2013 for what appeared to be a tearful retirement speech as John Cena watched on, though he shocked everyone by nearly driving Cena through the mat with his World’s Strongest Slam, boldly declaring “I’ve got a lot left in the tank!”

Henry continued competing with WWE through WrestleMania 33, while also taking on a new role as a talent scout and mentor, helping to prepare competitors like Braun Strowman, Baron Corbin, Apollo Crews and Bianca Belair for the rigors of the squared circle.

For the devastation he caused inside the ring, as well as the work he does to help the next generation of Superstars, there is no bigger honor for Mark Henry than to become The World’s Strongest Hall of Famer.”

Below are Mark Henry’s accomplishments in WWE:

Below is what the WWE Hall of Fame Class of 2018 looks like now: