It featured pre-taped matches, interviews & storyline segments on the road to the ‘WWF WrestleMania II’ PPV.

We just received word that Old School Wrestling Veteran Kendo Nagasaki (Real name: Kazuo Sakurada) has passed away at the age of 71.

Kazuo even joined Ted Turner’s World Championship Wrestling in 1989 as “The Dragonmaster”, a member of Gary Hart’s heel faction “The J-Tex Corporation”.

We extend our condolences to Sakurada’s family, friends and fans. 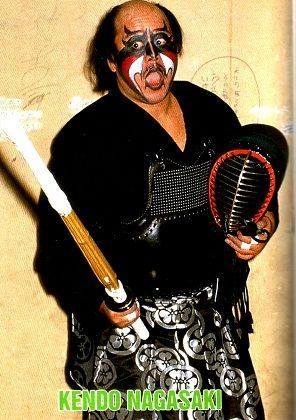