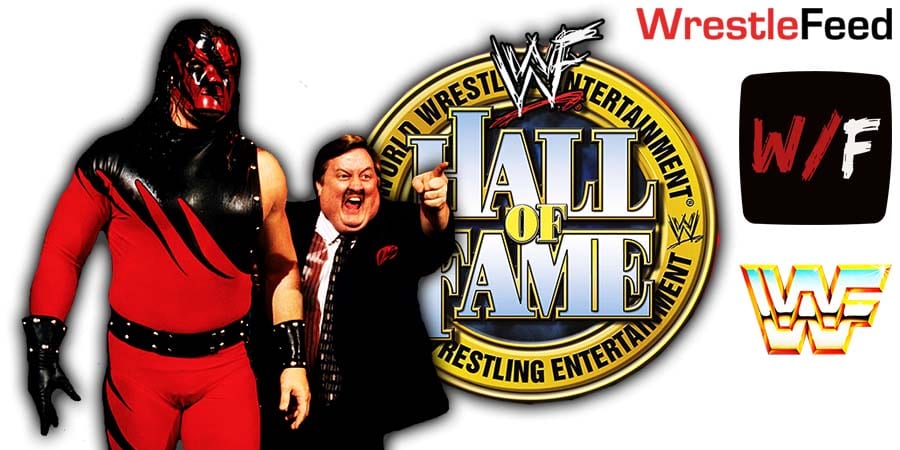 On today’s episode of WWE’s The Bump, Kane appeared. The Undertaker then made a surprise appearance.

The Undertaker then said it’s truly an honor to announce that Kane will be the next inductee into the WWE Hall of Fame Class of 2021.

Undertaker then showed his appreciation for Kane and said he couldn’t be more proud.

Kane got emotional and thanked Taker.

You can watch the announcement below:

BREAKING: As first announced on @WWETheBump, @KaneWWE is the latest inductee in the WWE Hall of Fame’s Class of 2021! #WWEHOFhttps://t.co/Dkr9ux3BJC

Here’s what the WWE Hall of Fame Class of 2021 looks right now:

Also Read: Former WWE Champion Set To Be Inducted Into The WWE Hall Of Fame Class Of 2021

On this day in Pro Wrestling history on March 24, 1991, the World Wrestling Federation aired ‘WrestleMania VII’ LIVE on PPV from the Los Angeles Memorial Sports Arena in Los Angeles, California.

This was the 7th annual WrestleMania event with the inaugural WrestleMania happening in 1985. Even nowadays WrestleMania is still by far the biggest professional wrestling event on the planet each year.

The British Bulldog defeated The Warlord