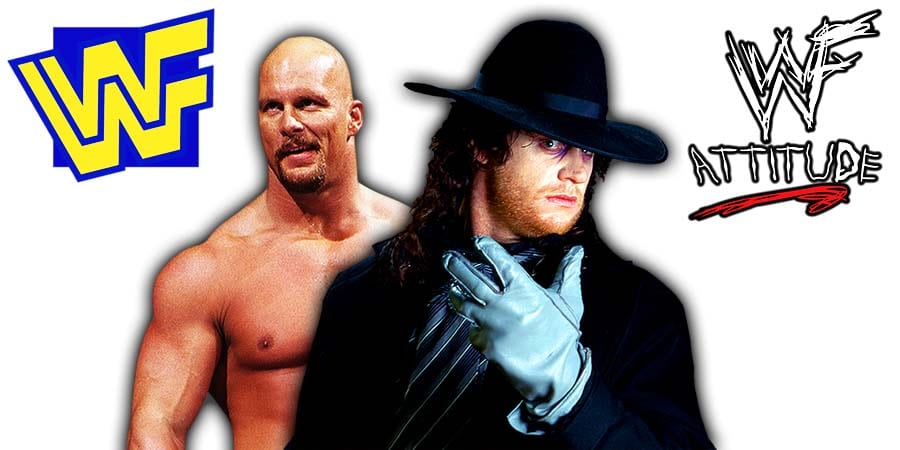 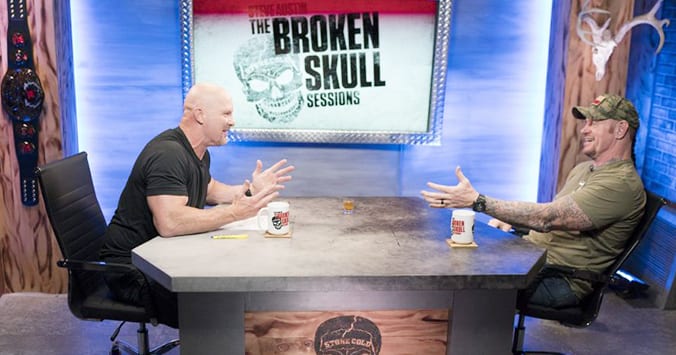 On the debut episode, Austin welcomes The Undertaker for a rare long-form interview, giving the WWE Universe unprecedented insight into one of the most prolific and enduring WWE icons of all time. From his early days in the ring to the night his WrestleMania Streak ended, The Phenom opens up about his storied career like you’ve never heard before.

“I’ve raised hell all over the world inside the ring while with WWE. Now with The Broken Skull Sessions, I get to raise hell outside the ring, shooting the breeze with Superstars from the world of sports-entertainment,” Austin said.

Filmed at Austin’s home studio in Southern California, each episode of The Broken Skull Sessions will contain more than an hour of engaging, candid conversation with guests who’ve accomplished success similar to the decorated six-time WWE Champion. The series joins other must-see WWE Network originals, including WWE: 24, WWE Untold and WWE Chronicle, among others, which provide fans deeper access to WWE Superstars and stories.

Saddle up alongside “Stone Cold” and The Undertaker when The Broken Skull Sessions premieres after WWE Survivor Series on Sunday, Nov. 24, streaming exclusively on the award-winning WWE Network.”

Below is the promo for this interview: