He will now face “The Modern Day Maharaja” Jinder Mahal for the WWE Championship in the co-main event at SummerSlam 2017. It should be noted that Nakamura dropped Cena on his neck during the ending moments of the match.

Cena raised Nakamura’s hand after the match as Mahal looked on. Below is what the SummerSlam 2017 match-card looks now: 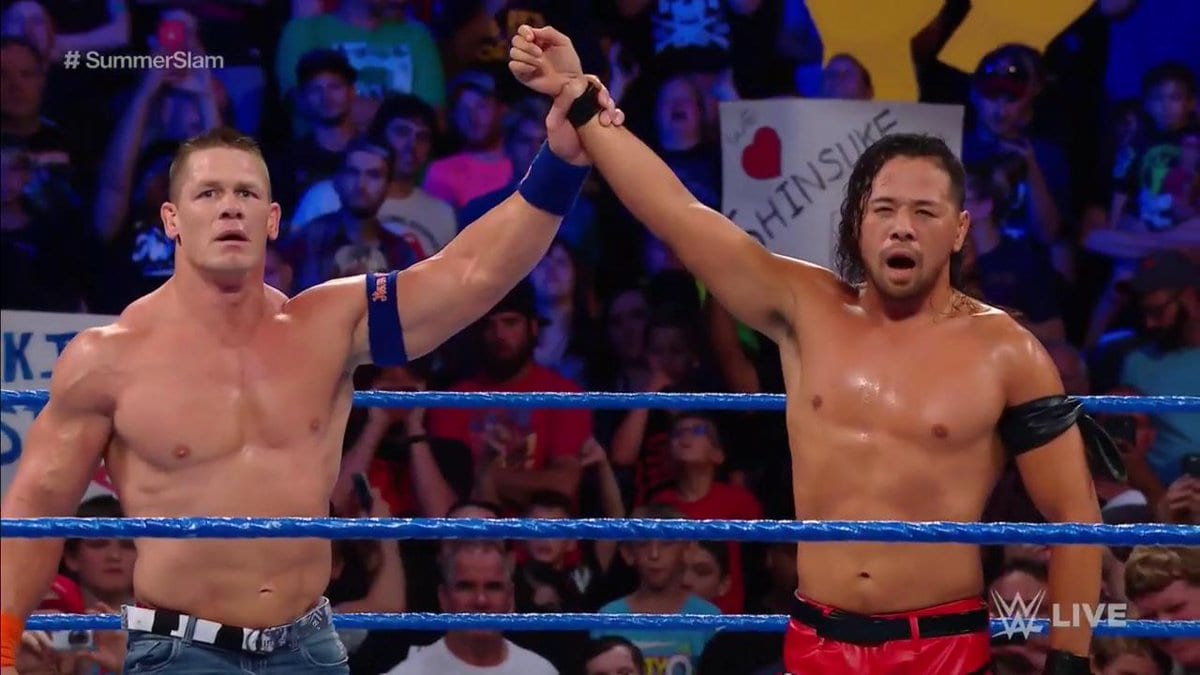 You can watch the ending moments of this match below: