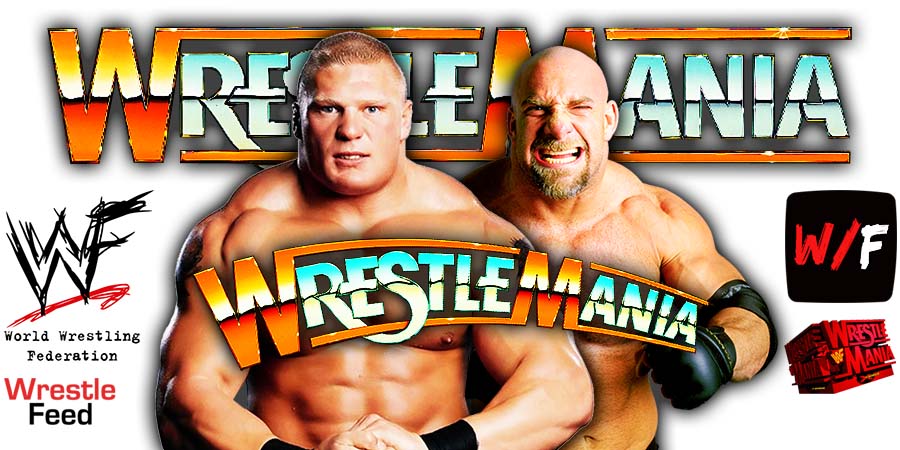 Both Brock Lesnar and Bill Goldberg ended their first runs in WWE at WrestleMania 20 on March 14, 2004.

Goldberg defeated Lesnar in their 1st ever match against each other on that night and both men got hit with a Stunner from “Stone Cold” Steve Austin after the match.

During a recent episode of his podcast, WWE Hall Of Famer Jim Ross revealed that Lesnar wasn’t happy with his WrestleMania XX salary:

I remember sitting in my office in Stamford when Vince’s assistant said ‘Brock Lesnar is on the line, he wants to talk to Vince and Vince wants him to talk to you’. So that was my prep for that conversation.

I got on the phone to him and he’s in a foul mood because he thought he got screwed with his pay-off.

(JR said) ‘What are you basing this on? Did you do a forensic study of the finances of this event? Or did one of your buddies tell you that you got screwed with your pay-off? You have to give me something here. You didn’t like it?’

I didn’t have a problem with him hanging up on me. He heard his answer: ‘You’re not getting any more money, we think we paid you fairly’.

Thank God he was on the phone and not staring me down the gullet! He’s a little intimidating. We were a little bit shocked it came to that.”