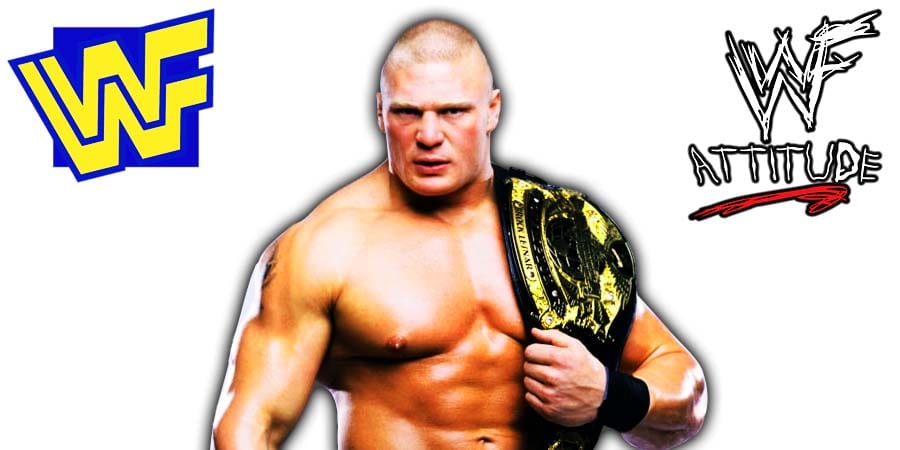 He debuted for the World Wrestling Federation during its New Generation Era in January 1996 as Justin “Hawk” Bradshaw, managed by Uncle Zebekiah (aka Zeb Colter/Dutch Mantell) but just a year later was known as ‘Blackjack Bradshaw’ when he formed a Tag Team with Barry Windham, called The New Blackjacks.

In 2004 during the WWE Ruthless Aggression Era, Bradshaw turned heel and became known as “JBL” John Bradshaw Layfield, an evil multi-millionaire, who became WWE Champion for almost a year and at one point even had his own stable “”The Cabinet”.

• RAW Wrestler Out Of Action With A Concussion

According to the Wrestling Observer, RAW wrestler EC3 is currently out of action due to a concussion.

EC3 suffered a concussion during a match at the end of September.

• Brock Lesnar On A Hiatus

The Wrestling Observer also noted that WWE Champion Brock Lesnar is currently on a hiatus and will return to WWE TV on the road to Royal Rumble 2020 PPV.

Lesnar worked the Survivor Series 2019 PPV this past Sunday and defeated Rey Mysterio in a No Holds Barred match to retain the WWE Championship.

If you want to know who Lesnar’s Royal Rumble 2020 opponent might be, tap here (spoiler inside).