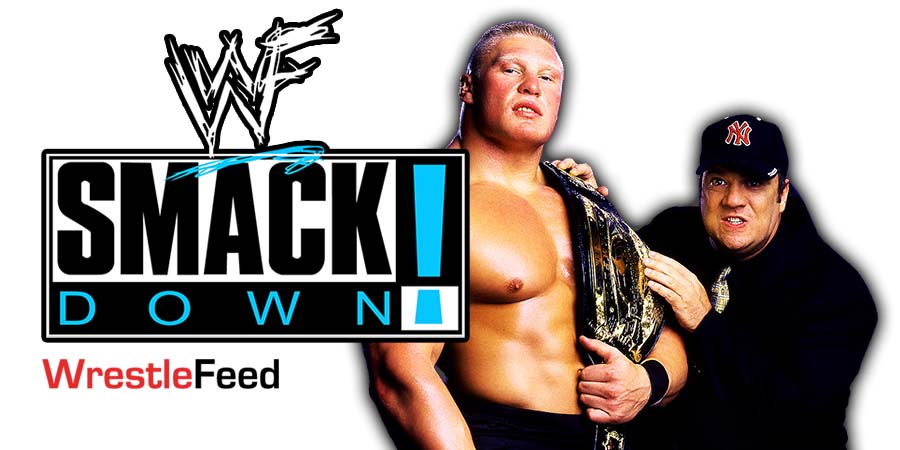 Tonight’s SmackDown kicked off with Sami Zayn coming out on a wheelchair with a neck brace on. Sami said he’s the toughest man in WWE, and that it took two of the most dominant men in WWE to put him in a wheelchair.

In a backstage segment, Kayla Braxton asked Lesnar what was the point of what just happened, and Lesnar said she should ask his advocate, Paul Heyman.

This episode was pre-taped at the Fernwood Resort in Bushkill, Pennsylvania and featured matches, promos & storyline segments on the road to the ‘WWF Royal Rumble 1995’ PPV.

The Smoking Gunns vs. The Black Phantom & Ray Hudson

Doink The Clown vs. Curtis Harrison