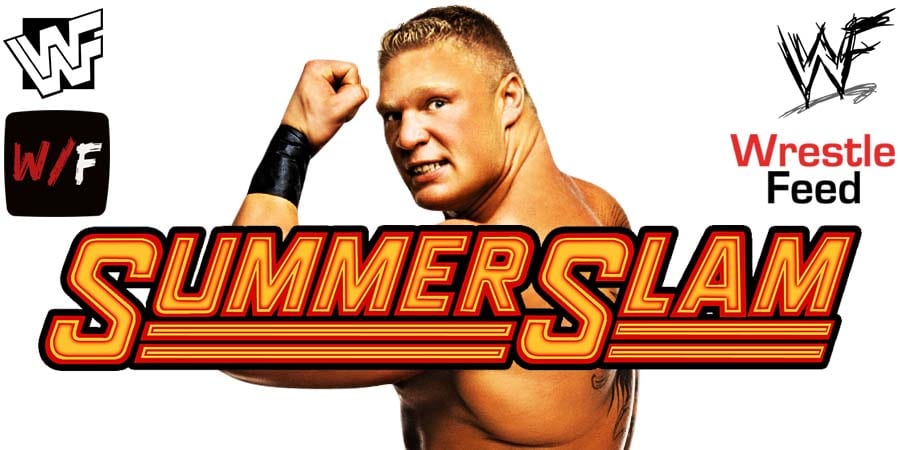 As we noted yesterday, Brock Lesnar’s contract with WWE has expired and he’s currently a Free Agent (tap here for more details).

According to Tom Colohue, WWE approached Brock Lesnar with the idea of working SummerSlam 2020 at the ThunderDome, but Lesnar refused to work in current situation.

UFC Lightweight fighter Tony Ferguson went on to show support for Lesnar, who’s his former coach on UFC’s The Ultimate Fighter, by commenting the following on Instagram:

Jones called out Lesnar back in 2017 as well. You can watch it below:

For those who don’t know, Jones is going up to Heavyweight and looking for a fight with Stipe Miocic for the UFC Heavyweight Championship.

Looking at it from Stipe’s point of view, fighting Francis again is definitely more of a lose situation than a win.

Stipe asked for a new challenge, why not fight the light heavyweight goat? Besides we’re way closer in size. What’s more exciting than that?

By the time he heals up my body weight should be right where it needs to be. This fight lines up perfectly

Stipe versus Francis is high risk low reward. Stipe versus myself actually makes a lot of sense for both of us. Now you actually have a super fight. Stipe loses the fight is gone