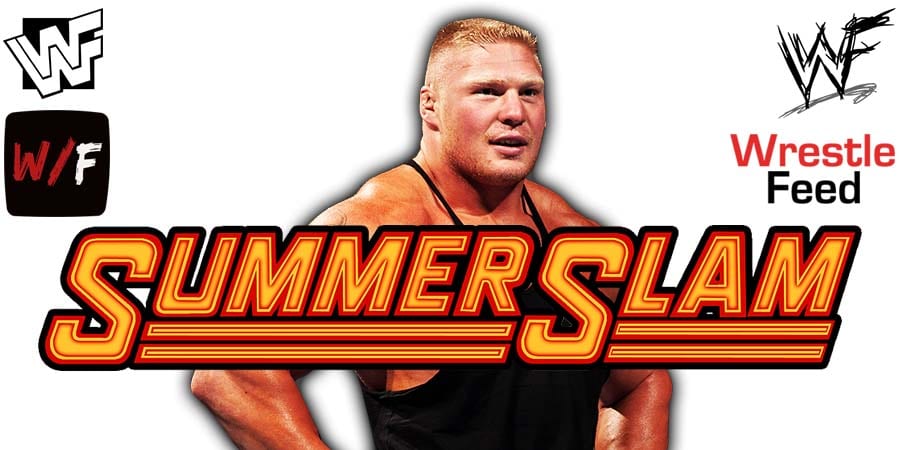 • Brock Lesnar Reveals Why He Changed His Look

After losing the WWE Championship to Drew McIntyre in the main event of Night 2 of WrestleMania 36 in 2020, Brock Lesnar returned at SummerSlam 2021 with a new look.

Not only has Lesnar been sporting new outfits during his current babyface run, he also changed his hairstyle big time.

During his appearance on The Pat McAfee Show, Lesnar revealed why he’s sporting his current hairstyle:

“I have been wearing cowboy hats for quite a long time now. And I just enjoy wearing them. Dude, that was all just a joke for me. My kids would cut my hair and were like, ‘bet you won’t wear a ponytail’. I’m like ‘I bet you I will.”

Also Read: “It was the right decision for him” – Brock Lesnar On Steve Austin Walking Out On WWE

It was broadcasted from the Reunion Arena in Dallas, Texas and featured matches, interviews & storyline segments on the road to the ‘WWF WrestleMania XIV’ PPV.

1. The Quebecers vs. The Legions Of Doom