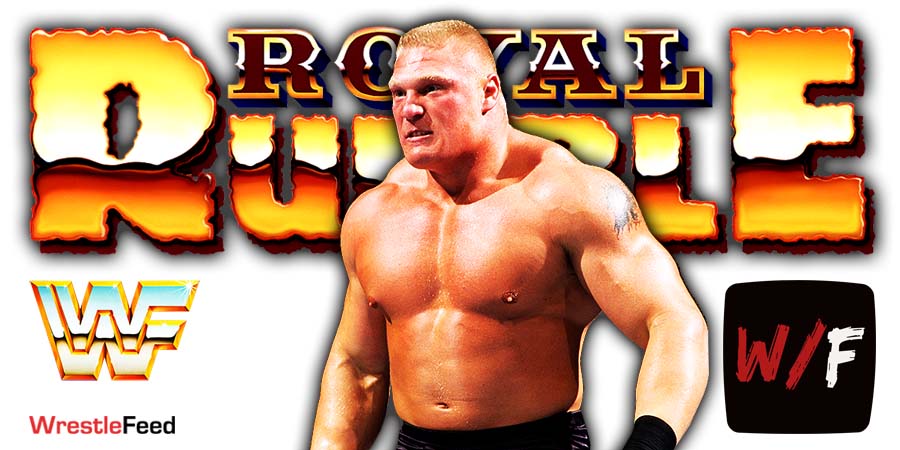 WWE is currently promoting Jackass Forever, as Johnny Knoxville will compete in the Men’s Royal Rumble 2022 match on Saturday night.

Lesnar will defend the WWE Championship against Bobby Lashley in less than 24 hours at Royal Rumble 2022.

While being a member of the full time WWF/E roster from 1994 till 2009, Bob had quite a few gimmicks, such as Thurman “Sparky” Plugg and Bombastic Bob, one half of The New Midnight Express, but none was as successful as the badass Attitude Era character of Hardcore Holly.