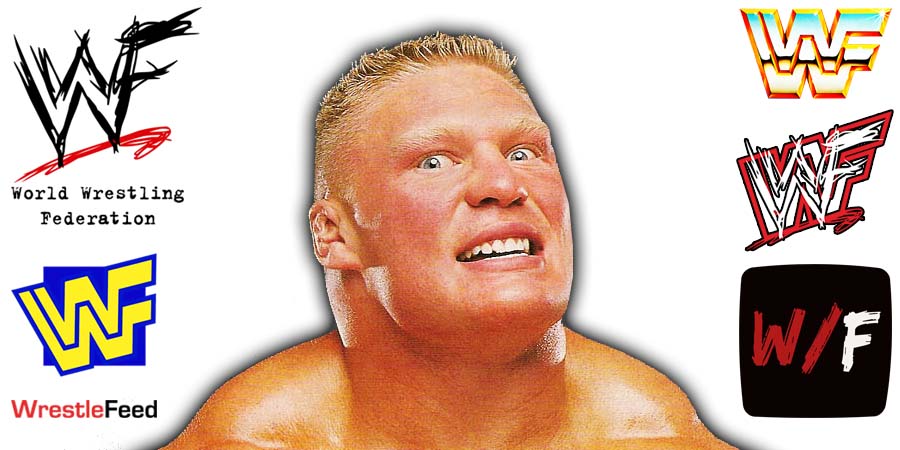 • Brock Lesnar Was Not Impressed By Current WWE Star Until Recently

Brock Lesnar and Bobby Lashley faced off in a singles match for the 1st time ever at Royal Rumble 2022, where Lashley pinned Lesnar to win the WWE Championship.

However, this wasn’t a clean finish, as Roman Reigns interfered in the match and attacked Lesnar.

Lesnar vs. Lashley will happen once again, at Crown Jewel 2022 in Saudi Arabia.

According to Paul Heyman, Lesnar never took Lashley seriously before they started this feud.

Below is what Heyman said on WWE’s After The Bell podcast:

Knowing Brock Lesnar for as long as I do, I would presume Brock Lesnar right now is impressed with Bobby Lashley and knows that he has a fight on his hands.

Whether it be in WWE or UFC or Strikeforce or Bellator, it didn’t matter to Bobby Lashley. He just wanted to get in there with Brock Lesnar and he wanted an opportunity to show the world, ‘I’m equal, if not better, than Brock Lesnar.’

It was broadcasted from the Staples Center in Los Angeles, California and featured pre-taped matches, interviews & storyline segments on the road to the ‘WWE Survivor Series 2005’ PPV.

Mr. Kennedy vs. Scotty Too Hotty