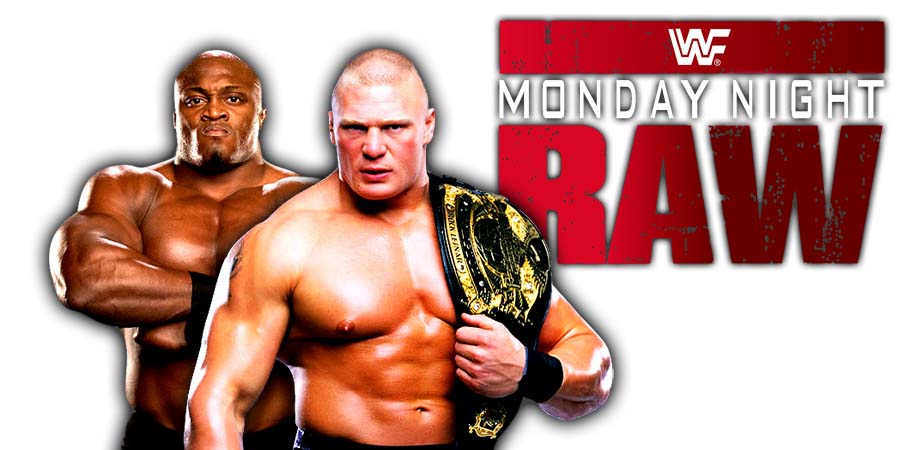 On this day in Pro Wrestling history on July 20, 2008, WWE presented The Great American Bash 2008 PPV from the Nassau Coliseum in Uniondale, New York. This was the final WWE PPV under the TV-14 rating as it was around this time that WWE turned PG.

The main event of the show saw Triple H defend the WWE Championship against Edge. Also on this PPV, Michelle McCool became the inaugural Divas Champion.

Below are the highlights from this PPV:

WWE Universal Champion Brock Lesnar was last seen on WWE programming at the Greatest Royal Rumble in Saudi Arabia. His return date has been revealed. Lesnar will make his return to WWE TV on the July 30th RAW from the American Airlines Arena in Miami, Florida.

The arena is advertising the Universal Champion which means he will make an appearance at the final RAW of the month. Roman Reigns and Bobby Lashley will be fighting for the right to face Lesnar at SummerSlam 2018 this coming Monday on RAW. WWE will be heading to the American Airlines Arena for RAW a week after the #1 contender for the title is determined. It looks like Lesnar will be appearing for a face off against the challenger for his title.

Lesnar has also been booked for another RAW. He is set to make an appearance at the post SummerSlam 2018 RAW from the Barclays Center in Brooklyn. It might be his last appearance for WWE for the time being as he’ll most probably start preparing for his UFC Heavyweight Title bout against Daniel Cormier after that.