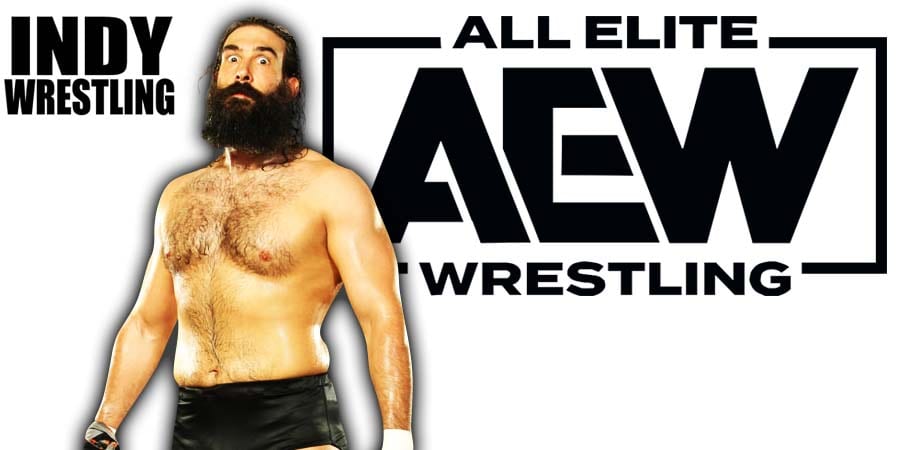 During his appearance on the AEW Unrestricted podcast, Brodie Lee (fka Luke Harper in WWE) talked about his run with Erick Rowan as The Bludgeon Brothers. They even went on to win the SmackDown Tag Team Championship.

Brodie said they asked Vince McMahon why he decided to name the team “The Bludgeon Brothers”, and received an interesting reply.

“Vince literally named us that because when we asked ‘Why did you name us that?’ he said ‘Bludgeon, it’s an action, you can feel it.’”

Speaking of Brodie’s WWE run, he appeared on Talk Is Jericho earlier this year and talked about the match (and the match finish which he botched) that got him buried in WWE.

“We did an angle with Randy [Orton] where he turned, I got over. We got all the way to a championship match Battle Royal.

I think me and AJ [Styles] got down to the last two. We did a spot where we go over on the floor and we hit it at the same time to do a match the next week.

In rehearsal, I hit it no problem. It was beautiful. Of course, in the actual execution of it, I f***ed it up a little bit, my a$$ slid on the apron. Either he touched first or I did, but it was obvious that one of us touched first.

They shot around it and they explained that ‘No, no they touched at the same time.’ Then the next week AJ, who was the heel, ended up making me tap and pinning me in the same match.

Like, they re-started the match and I was like, ‘Yup, this is the end.’ This is it.”

Her first reign as Women’s Champion lasted a record 28 years!!!