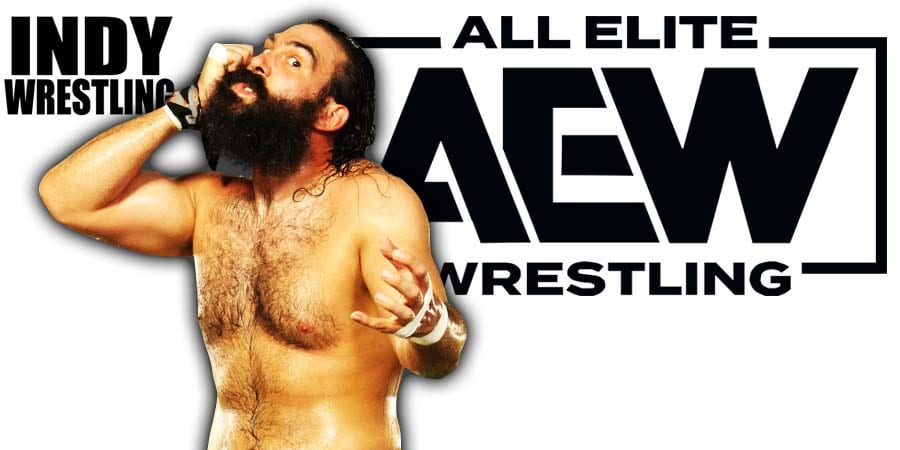 • Brodie Lee Reveals What He Wanted To Do With His Character In WWE, But Vince McMahon Didn’t Allow

During a recent appearance on Talk Is Jericho podcast, new AEW wrestler Brodie Lee (fka Luke Harper in WWE) talked about what he wanted to do with his character in WWE, but didn’t have Vince McMahon’s support.

Below is what Brodie said:

“The way I do talk, Vince doesn’t see a person who looks like me, talking like me. I don’t think he could get over that. He saw a backwoods hillbilly who talked in a southern drawl. Being from Rochester and being somewhat eloquent, it didn’t compute with him.

Arn [Anderson], maybe to the detriment, was one of my biggest supporters in meetings. Arn even said, ‘I’m gonna stop speaking up for you. I don’t think it’s doing you any favors.’

I had my supporters, just not vocal ones. Not ones that were willing to go to bat for me to a point. Once I fell into a role, no matter what I pitched, no matter what I showed anybody, I wasn’t digging my way out of it to the audience of one.

I pitched a whole bunch of different things or angles and ideas to change the character and [Vince] just wasn’t buying them. I wanted to be a collector of some sort. I’m very much into serial killers, so I wanted to collect something from each person I would beat. The problem became, I wasn’t beating anybody.

I also wanted to be a smart monster, an intelligent monster, where I could speak like I do in an intelligent way and break my opponents down in a way that I wasn’t doing in the Wyatt family. Having the same matches I was having and look the same, but also intelligent. Almost like Bruiser Brody. I don’t think he could see that way of talking.

I remember going into his office and him telling me, ‘I want you to do a southern drawl.’ I was like, ‘Sir, I’m from Rochester, New York. I think it’s going to sound really fake.’ He goes, ‘We don’t want it to sound fake. Just do me a favor and try it.’

I did it for him and he’s like, ‘Yeah, I don’t like that.’ I remember walking out and thinking, ‘That’s gone, it’s never going to come up again.’ Next week, in the script, it was specific – ‘Luke Harper do a southern accent.’”