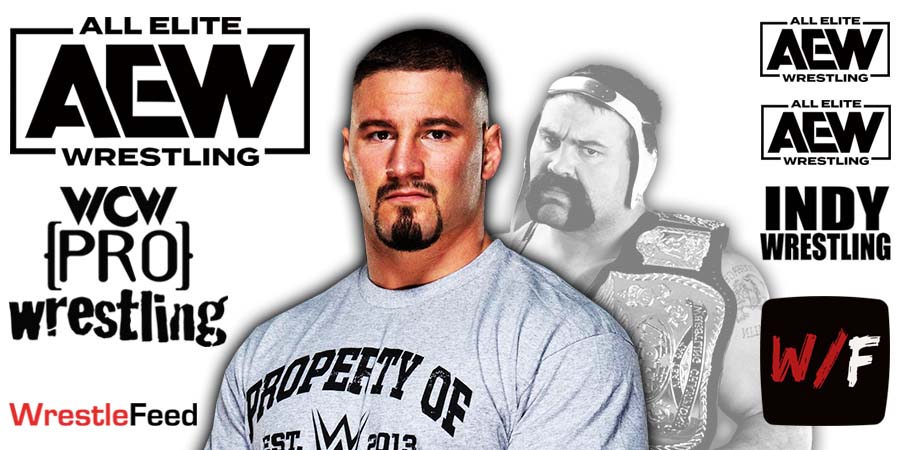 • Bron Breakker Was Backstage At AEW Dynamite Once

During an interview with Fightful, current WWE NXT Champion Bron Breakker (son of Rick Steiner) revealed that he has attended AEW Dynamite in the past.

He went to the show when they were in Atlanta and he met a lot of his father’s friends over there.

Below is what the 24-year-old champion said:

“I went to an AEW show when I was playing football. My dad is really good friends with a lot of people that work in the back.

I just got to meet those guys, went to a wrestling show because it was in my backyard in Atlanta, right down the street. Just went down there to meet people. It was cool.”

Speaking of Breakker, he recently made the following prediction for June:

Someone who is no-nonsense, no BS, no frills, just smash mouth with a smart personality, with a demeanor.

A dude who just wants to put in the work and pay respect and be great and make a name for himself while paying homage to the past, that’s a special combination that’s few and far between.

Maybe I’m getting ahead of myself by saying June, but that’s how big I think this dude can be in this business.”

Also Read: Bron Breakker Asked If The Steiner Brothers Will Return To WWE

• On This Day In Pro Wrestling History (January 17, 2008) – WrestleMania 2 Competitor Passed Away

On this day in 2008, we lost NFL Legend & WrestleMania 2 Competitor Ernie Holmes at the age of 59 due to a car accident.

In 1986, Ernie Holmes was one of the NFL players who competed in the 20-man Battle Royal at WrestleMania 2, that was won by Andre The Giant.