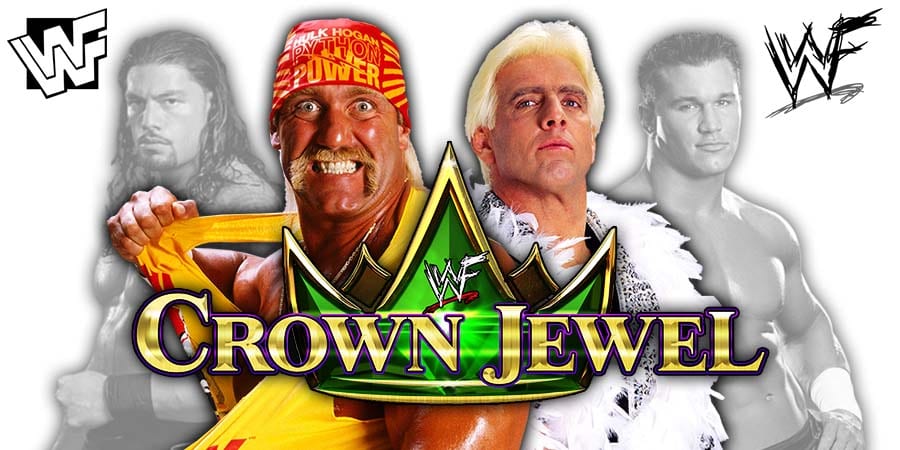 This episode featured matches, interviews & storyline segments on the road to the ‘NWA WrestleWar 1990’ PPV.

During a recent appearance on WINCLY podcast, two time WWE Hall of Famer Ric Flair revealed that he was originally scheduled to get physical at WWE Crown Jewel 2019, but Vince McMahon nixed the plan.

On how he’s feeling:

“Absolutely fantastic, I feel great. I was just with friends a couple of weeks ago, and it’s taken a few years, but I’m back to normal. I’m better than I was prior to getting sick. So, certainly someone’s been watching over me and taking care of me.”

On Vince nixing original plan of him getting physical at Crown Jewel 2019:

“I got cleared medically to do something in Saudi and then Vince nixed it. If I would have fed Roman in that huge comeback he made, or tapped Hogan, that would have been the coup de gras.

I have this gift that God has given me where I don’t hurt anywhere, knock on wood.”

On if he’s capable of wrestling a match:

“Yes… well, no, not wrestle a match. I could get knocked down. Could I wrestle a match? Yes… but I couldn’t because it would take me so long to get in that kind of shape. But I could be involved in a spot or take a bump.

When I sit ringside and you see the speed and how fast the guys move, you think that at one time I was doing that. It’s amazing and now I see why people buy those ringside seats as you have a whole new appreciation.

But getting back, if I could have just fed Roman after he cleaned the house – boom, take a bump on the apron or the floor – they would have gone nuts. Roman winked at me and pointed to his heart and shook his head [laughs].”