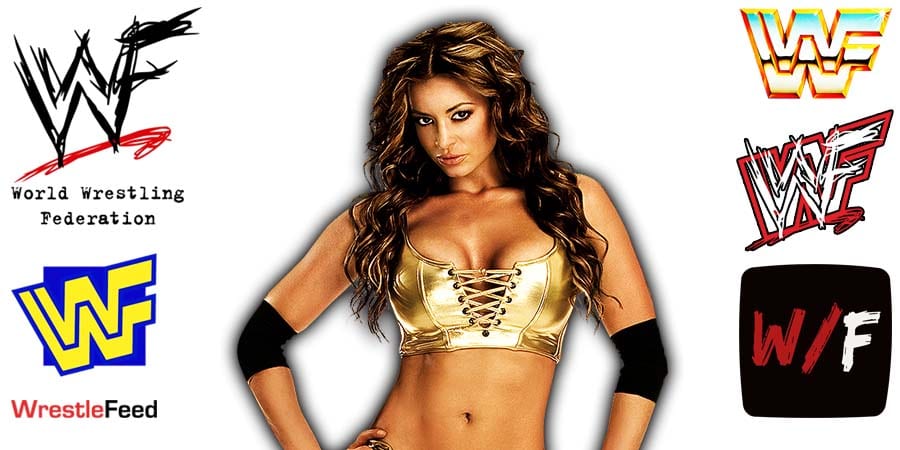 During an interview with Voc Nation, Candice Michelle talked about her 2004-2009 WWE career, including coming up as a part of the ‘Diva Search’ contest and eventually becoming the Women’s Champion.

She also spoke about the controversy within the company about stopping the use of the word “divas” in 2016, when WWE started the “Women’s Revolution”.

Here’s what Candice said about the issue:

“I don’t look at the Divas Championship as diminishing people.

I think it really comes into, ‘Are these women athletes or are they just really beautiful women?’ And I think what WWE was trying to say is ‘Hey, they’re both.’

And that’s what we were fighting for. You can be pretty and you can be athletic. You can do both of these things.”

This episode was pre-taped at the Georgia Trade & Convention Center in Dalton, Georgia and featured matches & storyline segments on the road to the ‘WCW Spring Stampede 1997’ PPV.