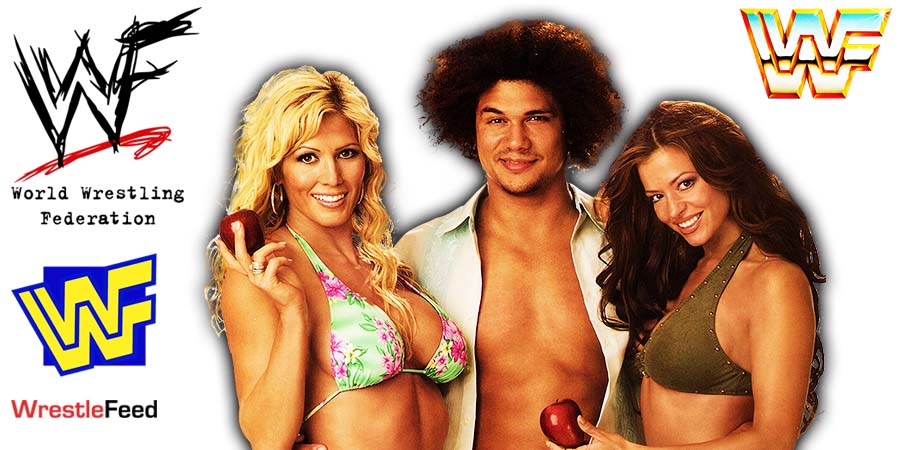 • Carlito On What Led To His WWE Career Going Downhill

In a recent interview with Chris Van Vliet, Ruthless Aggression Era Veteran Carlito Caribbean Cool talked about his 2004-2010 WWE career and at what point he felt his career in the company went downhill.

Here’s what Carlito had to say:

“Yeah, I actually didn’t like any of that. That’s what, I think [when] things started going downhill. Carlito’s the guy that always talked about having all these girls but never got the girl. You know what I mean? And when he gets the girl it’s like, okay, that’s not him.

You know what I mean? He’s a guy that brags about getting all these girls and these girls, you talk to them, and he does the worst things imaginable. They can’t stand him. But, I don’t know, they turned me into a ladies man for some reason.

No, it was just the opposite [of my character]. Carlito wasn’t a ladies man. [Torrie Wilson and Trish Stratus] are great friends and stuff, but at the same time I’m thinking that, ‘This isn’t the best thing for my character’.”

Carlito returned to the WWE earlier this year as a surprise entrant in the 2021 Royal Rumble match and also wrestled in a tag team match the next night on RAW.

Also Read: Shawn Michaels Told Carlito That He Didn’t Like Him

It was broadcasted from the Joe Louis Arena in Detroit, Michigan and featured pre-taped matches, interviews & storyline segments on the road to the ‘WWF Unforgiven 2001’ PPV.