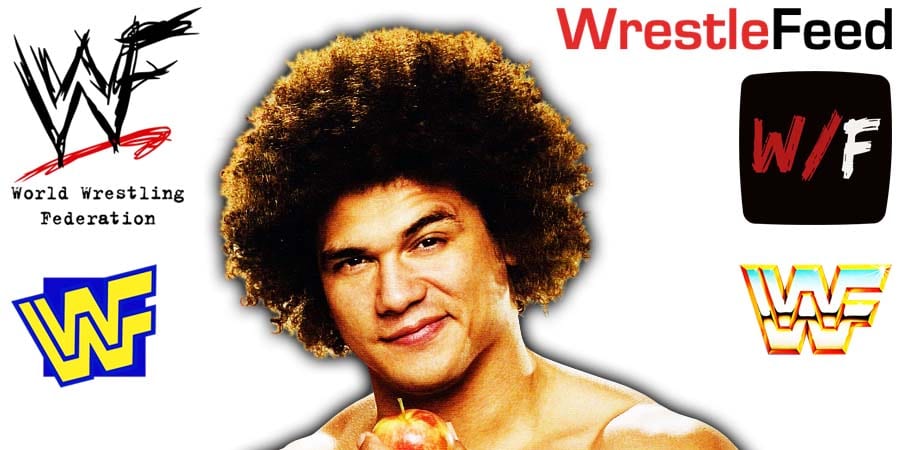 • Shawn Michaels Told Carlito That He Didn’t Like Him

WWE Veteran Carlito Caribbean Cool was recently interviewed by ‘Wrestling Shoot Interviews’, where he revealed that WWF Legend Shawn Michaels did not like him and even told him so.

The son of WWE Hall of Famer Carlos Colón Sr. worked for World Wrestling Entertainment from 2004 till 2010 and every time he was a part of the RAW roster back then, The Heartbreak Kid was around as well.

Here’s what Carlito had to say about HBK:

“I respected Shawn Michaels because he was one of the only ones that told me to my face that he didn’t like me, I can respect that. We had a talk, he told me whatever, and I can totally respect that.

I don’t pretend to be everybody’s cup of tea. I like it that instead of telling me behind my back, he told me right to my face. After that I had a lot of respect for Shawn Michaels.

I forgot what it was. Same story as everybody else. I was too nonchalant or I didn’t care enough or whatever.

I was too, I had my mind on other things than wrestling. Stuff like that.

Carlito was a surprise entrant in the 2021 Men’s Royal Rumble match and also wrestled a match the next night on RAW.

Also Read: Carlito On Which RAW Superstars Pushed For His WWE Return

In 1997, at the Survivor Series PPV, Earl was the referee during the infamous Montreal Screwjob, who was ordered by Vince McMahon to “screw Bret Hart”.

He worked for Total Nonstop Action! (TNA), later known as iMPACT Wrestling, from 2006 till 2017 and was even inducted into their very own Hall of Fame.