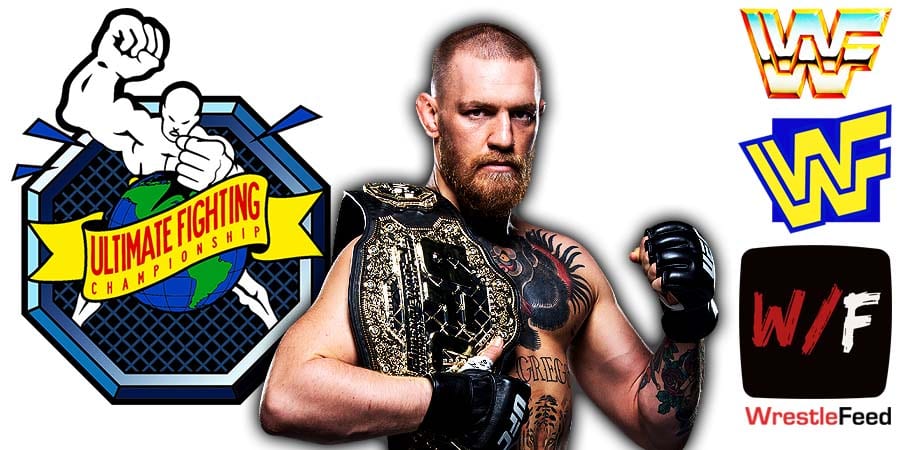 While former two-weight division UFC Champion Conor McGregor is known for being the biggest draw in MMA, he’s also known for getting physical outside the Octagon.

After almost getting into a fight with Machine Gun Kelly at the MTV Video Music Awards 2021, he has allegedly hurt a DJ now.

Francesco Facchinetti (who is a celebrity DJ in Rome) was with his wife and they were partying with McGregor and his fiancée, Dee Devlin.

Facchinetti claims that McGregor threw a punch at him for no reason at 2:30 AM and broke his nose.

“I took a punch for nothing. That punch could go to anyone. My friends, my wife, or other friends. That’s why I decided to sue Conor McGregor because he is a violent and dangerous person.”

On this day in Pro Wrestling history on October 17, 1999, the World Wrestling Federation aired ‘WWF No Mercy 1999’ LIVE on PPV from the Gund Arena in Cleveland, Ohio.

The Hollys defeated The New Age Outlaws by DQ

The Rock defeated The British Bulldog