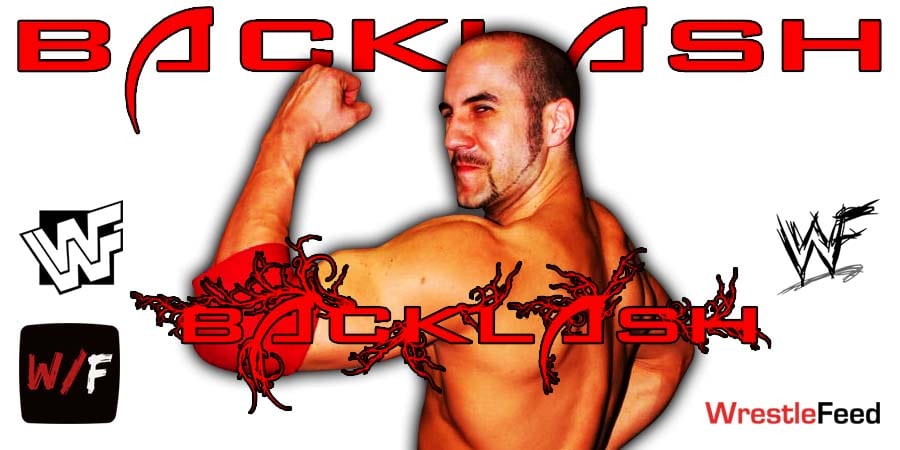 During a recent interview with DAZN, SmackDown Superstar Cesaro talked about finally getting a one-on-one World Title match, his partnership with Paul Heyman & more.

On why he never got a one-on-one World Title match until now:

“I spent many sleepless nights asking myself that question, to be honest. And, you know, I didn’t really find the answer. It’s just for certain people, it takes longer.

But then if you look back at it, you think like, ‘Well, the journey was worth it because you took all those people that watched you over the past 9 years, or even longer, you took them on the journey with you’.

So when you finally arrive, and that journey is not over this Sunday, I tell you that much, it just starts with a nice shiny title belt. So if you take those people on that journey, it just means so much more. I feel when I talk about that I deliver all the time or working hard and dedicating myself to wrestling, it’s not just, who’s this new guy just saying that stuff?

It’s like, ‘No, you’ve seen me for 9 years and live by the words that I’m saying’. I feel like they all happen for a reason, and I’ve finally arrived where I want to be now. Looking back, I can say that I took the hard road. I did, and it means so much more.”

On why his partnership with Paul Heyman didn’t work in 2014:

“I’ll say this much. I learned a whole lot from Paul, and I still do. But I agree 100% with Paul’s assessment because that’s 100% right. Paul used that opportunity to talk about Brock Lesnar and, I was second fiddle at that point. He even said that in the Talking Smack interview that he did. He said that he knows that alliance was more beneficial to him than it was for me.

But you know what, despite that, I’m here today, challenging Roman Reigns on Sunday. I’m here despite not being picked, not being ‘The Guy’ chosen by powers that be. I’m still here because of what I bring to the table. I feel that speaks for itself.”

In 1985, Liberace appeared on the first ever WrestleMania as one of many celebrities (including Muhammad Ali & Cindy Lauper) and was used as the special guest time-keeper for the main event of the night, Hulk Hogan & Mr. T versus Roddy Piper & Paul Orndorff.

He’s one of the many former WWF celebrities, who are currently not inducted into the ‘Celebrity Wing’ of the WWE Hall of Fame (yet).