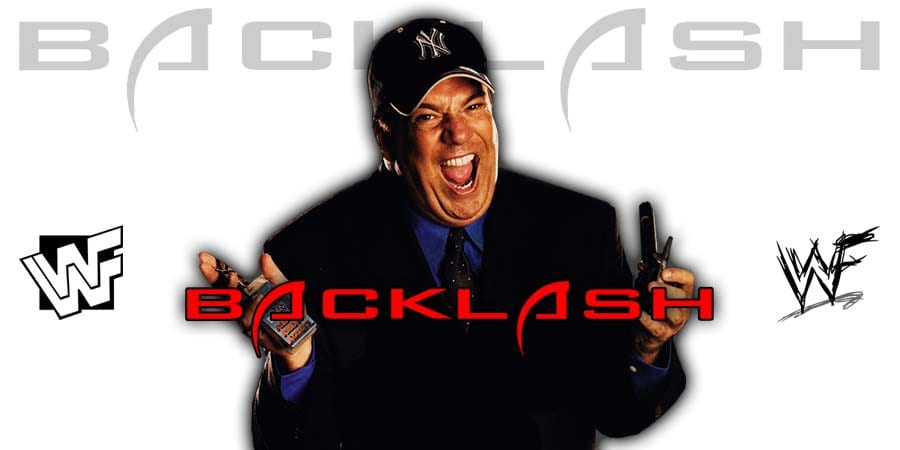 Today would have been the 77th birthday of Old School Wrestling Legend “Big” Otto Wanz.

Otto Wanz won the AWA World Heavyweight Champion from Nick Bockwinkel on August 29, 1982, but lost it back to Bockwinkel later that year, on October 9, 1982.

The Backlash 2020 pay-per-view is just a day away, and things are going to shake up there as Vince McMahon is making some major changes to the event.

WrestlingNewsco reported the following about it:

“I was told this morning that McMahon has already made a change to the finish of one match and some ideas that were planned for other matches have also been scrapped or tweaked. I was told that there were changes made on the SmackDown side too, but most of the ideas scrapped were from the RAW side.

According to the current internal match line-up, the Kickoff show will feature United States Champion Apollo Crews vs. Andrade. WWE has yet to officially announce that match for the Kickoff show but that is what is listed right now internally. Crews and Andrade are two guys that Heyman was trying to push.

There is some concern among people on the roster about bigger changes that could be coming in the next few weeks as McMahon feels that a big shakeup is needed to get the RAW ratings back up. McMahon knows that COVID-19 is a major reason why ratings have dipped to all-time low levels, but he also feels that some of the wrestlers that were pushed by Heyman will never be ratings movers.

Vince put up with some of Paul’s ideas for a while but then Vince would kill off so many good ideas and anyone who has watched Vince and Paul’s interactions knew that this arrangement was not going to last very long. Paul seemed stressed out around Vince.

I was told that we should expect to see more brand crossovers in the coming weeks with more SmackDown stars appearing on RAW to pop up the ratings.”