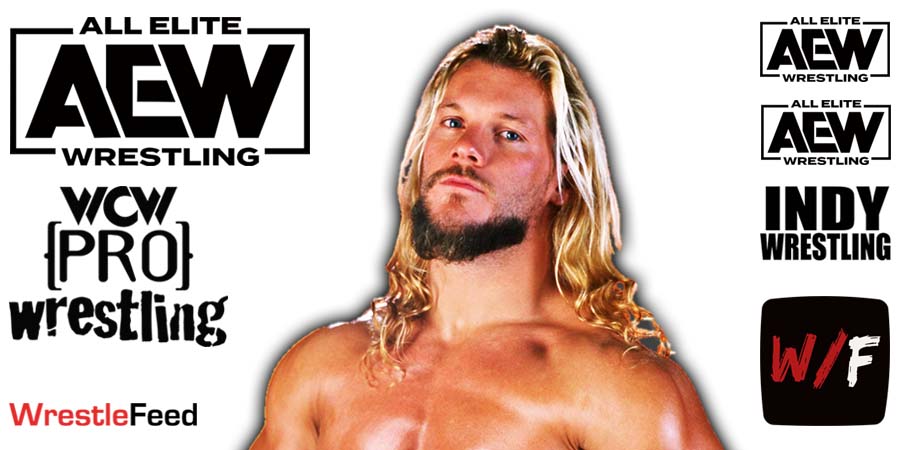 On Wednesday’s episode of AEW Dynamite (tap here to read complete results), Chris Jericho was upset that Eddie Kingston tried to set him on fire at Double or Nothing.

He said it’s crazy that a man would try to burn someone, but he’s happy he and Jake Hager choked out Bryan Danielson. Jericho said that Sports Entertainers will always win over Pro Wrestlers.

Eddie Kingston & William Regal came out and Kingston wanted to fight all 4 of them right away. Regal then yelled they will face off in a Blood & Guts match.

Jericho said no and sent The Jericho Appreciation Society to fight Kingston, but Ortiz attacked Jericho and started cutting his hair.

Y2J then said the following:

Both matches have been made official. However, for some reason, the Hair vs. Hair match (on July 15th at AEW Road Rager) will take place after the Blood & Guts match (on June 29th) between Jericho Appreciation Society and The Blackpool Combat Club, Eddie Kingston, Santana & Ortiz.

Some fans posted photoshopped photos of a bald Jericho:

This led to Jericho replying the following:

On this day in Pro Wrestling history on June 1, 2008, World Wrestling Entertainment aired “WWE One Night Stand 2008” LIVE on PPV from the San Diego Sports Arena in San Diego, California.

This was the 4th and final ‘One Night Stand’ pay-per-view produced by WWE, though it continued from 2009 onwards under the new name ‘Extreme Rules’.