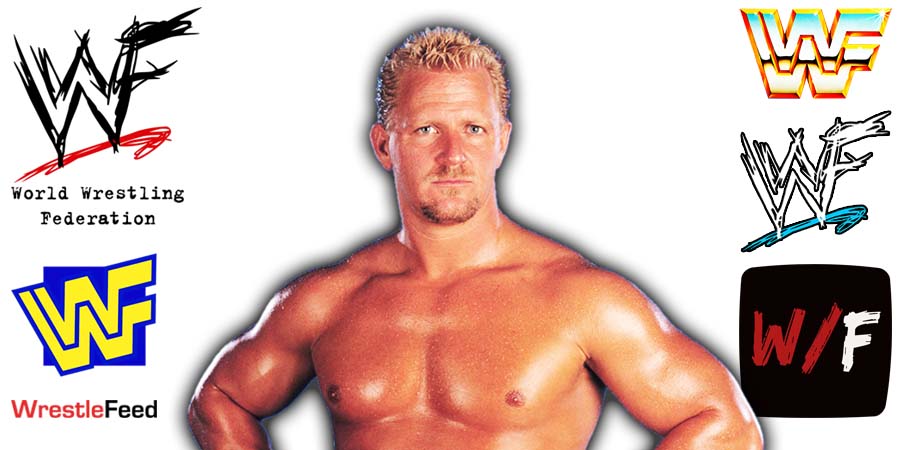 According to PWInsider, Old School WWF/WCW/TNA Legend Jeff Jarrett has returned to WWE, where he is going to work in a high level executive position on the Live Events side of WWE’s business.

Word going on is that Jarrett is “taking over Live Events”.

On his podcast, Jarrett revealed that his new position is the Senior Vice President of Live Events:

“I believe I’ll leave it personal for that matter. Kind of what’s been stated out there, SVP of Live Events. You know as well as anybody my passion is in Live Events. But I’ll just kind of leave that right there.”

Prior to this return, Jarrett was hired by WWE in 2019 as a Backstage Producer, but was soon shifted to the Creative Team. He was then put into an Executive role for the Live Events.

Jarrett was let go from the company in 2020 due to COVID-19 related budget cuts, when WWE stopped doing Live Events due to the pandemic.

Speaking of Jarrett, he will be the next guest on Steve Austin’s Broken Skull Sessions. This episode will be released on June 3rd on the WWE Network / Peacock.

Picture 2 of the day me and @steveaustinbsr filmed #BrokenSkullSessions ! More pics to come…✌🏽🎸✌🏽

Austin had issues with Jarrett in the 90s, so this will be an interesting episode.

Below are Jarrett’s major accomplishments in pro-wrestling:

Also Read: Another Hall Of Famer Is Coming Back To Work In WWE