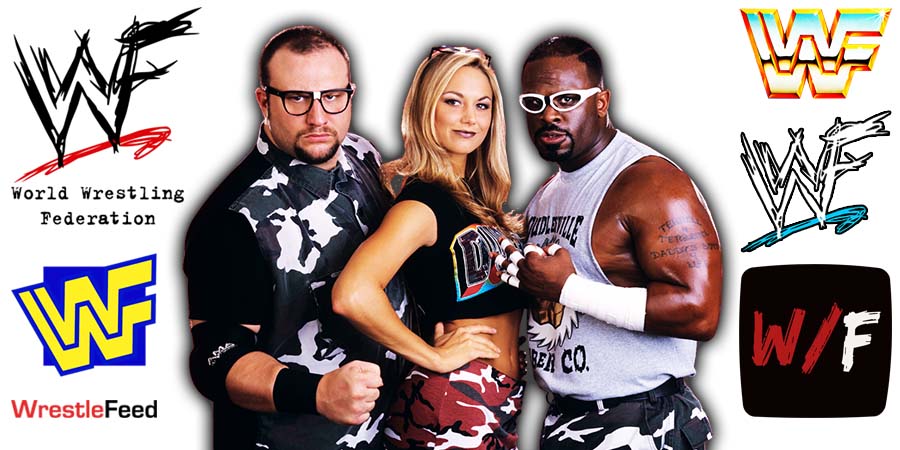 • Hall Of Famer Is Coming Back To Work In WWE

He has been away from work due to health issues since late 2020, but he’s coming back.

On his Table Talk podcast, D-Von revealed that he’s coming back to work as a Coach in NXT 2.0:

Earlier this year, D-Von underwent a spinal fusion surgery to fix the problems he was dealing with after a lengthy pro-wrestling career.

He gave the following update on his health on Instagram:

“They had to fuse L4, L5 and L6. The damage was a lot worse than they thought. The surgery took longer than they anticipated. But God is good and he the DOCTOR said I am a new man.

I can run, I can jump, I can beat my son Preston in basketball on the basketball court. LOL and racing him down the street lol, he thinks he can beat the old man. They also had to shift my spine a little bit with a curve. Because it was a straight line. That was because of all the wrestling. Then again, all of it was because of wrestling.

They put the bolts screws and a plates in my back. They had to go up higher in my back they told me. I was told I could not wrestle anymore because if I do I could do more damage to my back I would have to have surgery again on the upper part. That’s OK I didn’t have plans on going back in there anyway.

I would be in the hospital from Tuesday to Friday from my understanding. Unless it changes. Again, thank you for all the well wishes and love. God is a great all the time. Amen 🙏🏽 and testify.”