In interviews with the Chicago Tribune and WGN, Old School WCW Veteran Steve ‘Mongo’ McMichael revealed that he has been diagnosed with ALS (Amyotrophic Lateral Sclerosis), also known as Lou Gehrig’s disease.

ALS is a neurodegenerative neuromuscular disease and eventually causes paralysis and early death, usually from respiratory failure, so please include McMichael in your prayers.

Here’s what the SuperBowl XX champion had to say:

Here’s a recent photo of McMichael: 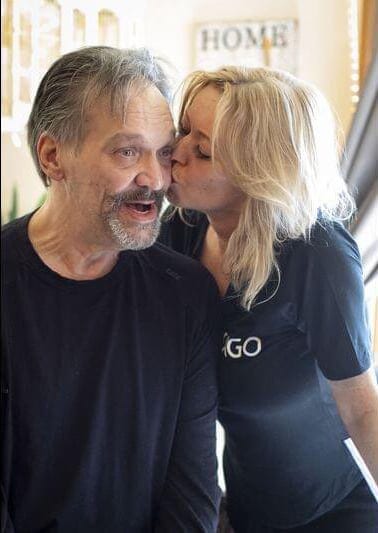 McMichael’s friends have set up a Go Fund Me page for him to cover the medical costs. A goal of $100,000 was set and over $78,000 have been raised as of this writing, with the top donor being fellow WCW Veteran Chris Jericho, who donated $2,500.

This isn’t the first time that Jericho has donated money to help a fellow wrestler. He has donated many times before.

McMichael is paralyzed from the shoulders down and his wife Misty takes care of all his needs. He’s still able to walk right now, but sadly he’ll be confined to a wheelchair soon.

They explained to the WCCW fans that Lance was the son of Fritz Von Erich’s (kayfabe) brother Waldo Von Erich.

Vaughan left the Dallas territory in 1987 and continued to wrestle on the indies, as well as internationally, touring several countries such as India, South Africa & Malaysia.