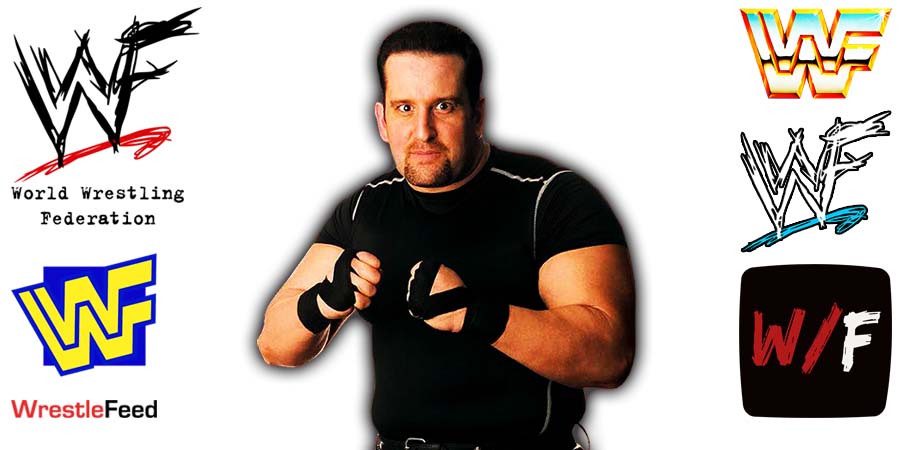 ECW Legend Tommy Dreamer received a lot of heat for defending Ric Flair’s actions during the latest episode of Dark Side Of The Ride about the infamous 2002 Plane Ride From Hell episode.

Dreamer said the following about Flair (he was interviewed for this episode):

“He could move his hips, twirl it and so his well-endowed penis spins around like a helicopter. So, hey, he’s the Nature Boy for a reason, he’s got a hammer on him.

Ric Flair’s not going to try to impose by force any sexual stuff onto anybody. He’s just flaunting, styling and profiling, doing the Ric Flair stuff where everybody’s going to laugh about it. But obviously, someone took offence to it.”

In 2004, two flight attendants decided to sue Flair for sexual harassment, but later settled out of court for an undisclosed amount of money.

Heidi Doyle, who was one of the flight attendants, said she decided to take the money because her husband didn’t want this to go public.

This led to Dreamer making the following comments:

“If that’s how she felt, maybe she should have not taken a payout and went to the fullest extend of the law to then truly put this heinous person in jail. My opinion.”

After this episode, Ed Nordholm (Anthem Chief Corporate Officer and Impact President) went on to suspend Tommy Dreamer from Impact Wrestling, and an email regarding this was sent to the entire roster as well.

Dreamer was asked to leave the latest Impact TV tapings as well. Dreamer returned to Impact Wrestling in 2018 and was working both on-screen & backstage since.

Dreamer then issued the following statement:

“Regarding my comments made on Dark Side of the Ring. It was never my intention to offend, hurt or victim shame anyone. I understand my comments were insensitive and could trigger emotions in someone’s own personal past.

I do not condone sexual misconduct of any kind. I apologize to anyone I offended. From the bottom of my heart. I am so sorry.”

Tommy posted the same statement on Instagram and Old School WWF Legend Chris Jericho commented the following under this post: