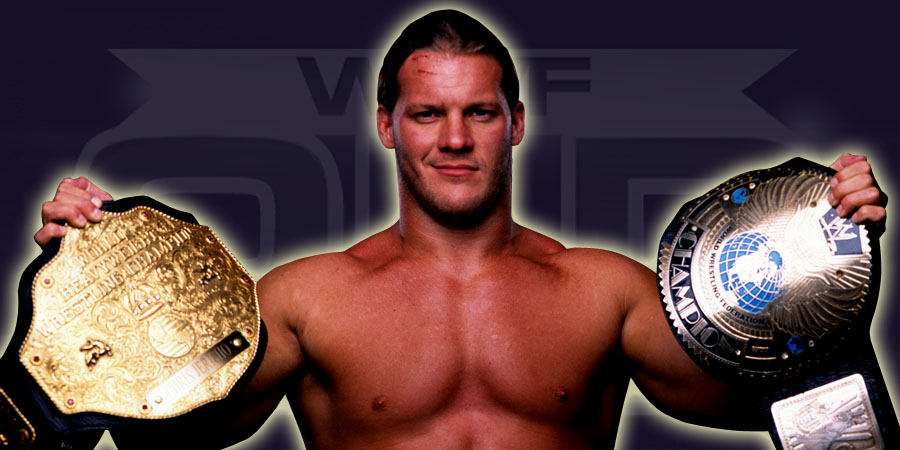 During a recent interview with Fox Sports, 6 time World Champion Chris Jericho talked about his 25 years in Professional Wrestling and hinted working next year’s WrestleMania 32, which he says is going to be the biggest WrestleMania of all time!

Jericho also talked about a fight he had with Vince McMahon regarding a project outside WWE. Below are the highlights from the interview:

On possibly wrestling at WrestleMania 32 next year:
“Yes, no, maybe. It all depends. I came back a couple of weeks ago to do the Night of Champions thing and I don’t come back just for one-offs. There’s always a reason why I do everything that I do. That could give you some clues. It’s going to be the biggest show of all-time. I haven’t done the last couple of Manias and, to me, it wasn’t that the opportunity wasn’t there or the offer but what am I going to be doing? Who am I working with? What’s the storyline because I know that for WrestleMania, everyone comes back.

Punk and I were smart enough to know that’s all we need. We don’t need 20 minutes of talking. We don’t need electrocutions or going through tables or whatever the hell they do to build up their angles. All we need is just 10 minutes of talking time, 10 minutes of TV time and we’ll do the rest. So that’s always been my mindset. What can I figure out to do on the biggest show that’s going to kind of back door my way into becoming one of the more intriguing storylines of the entire night? If I can figure that out, then I’m always open for it.”

Altercation with Vince McMahon:
“The worst argument is when I got the job to host Downfall, the game show that I had to audition for quite a few times. I didn’t tell him because I didn’t want him getting involved because sometimes the company will get involved and screw things up for you. (laughs) And when I finally got the gig, I didn’t tell him and it was on the front cover of the Hollywood Reporter, which he flipped out at. He forbid me from doing it and I was going to do it. No you can’t. Yes I can. Well, you’re fired. You can’t fire me because I quit. You can’t quit because you’re fired. I’m going to fly to Connecticut to punch you in the face. I’ll give you my address. I’ll be waiting. That sort of a thing. We kind of just hung up on each other. We ended up working it all out but that was the biggest actual argument.”

On facing Fandango at WrestleMania 29 and putting him over:
“Most of the time with Vince, it’s not arguments, it’s just debates or it’s a very calm, ‘this is what you’re doing.’ I wasn’t supposed to be working with Fandango at WrestleMania 29. It was supposed to be Ryback and that was kind of the deal we had made. That was the promise that was made and it was changed very quickly for no real reason. I wasn’t happy about that either. Nothing against Fandango, but that spot wasn’t a really WrestleMania worthy match, but once again, once I was told that this was my role, I made it a WrestleMania-worthy match. We had about three weeks to come up with an angle and if you go and watch that match and watch the night after, the most over guy on that show was Fandango. And I’m taking a huge chunk of the credit for that, thank you very much.”