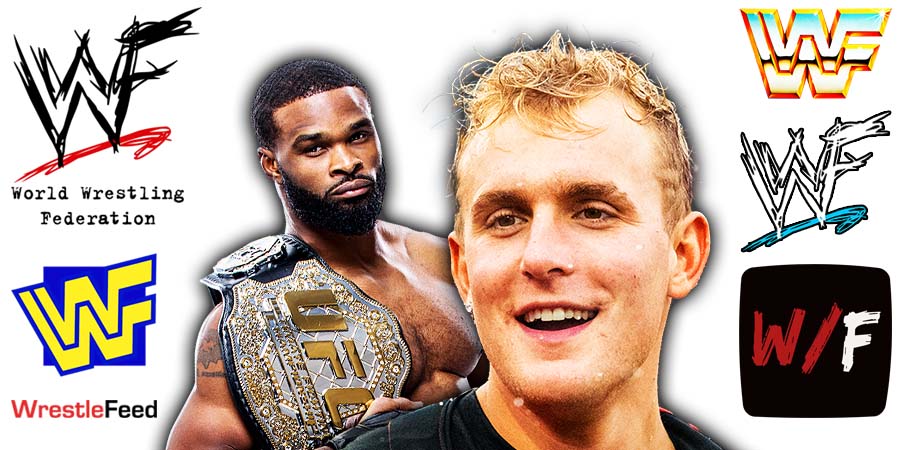 A lot of the UFC Fighters were disappointed with Woodley’s performance. You can check out their tweets below:

These guys both suck

The weight makes a HUGE difference and TBF, Paul isn’t awful. He’s solid, bigger, and is using the range well and tying Woodley up when needed. Woodley should be teeing him up with that right hand, after utilizing the jab! #PaulWoodley

I thought Tyron won but man the commentators don’t !

Grab dem cheeks…
Do it when you hug him.
He hates it lol 🍑👋🏾

Jake can box no much but way better then we thought! T Wood make the 💰but he don’t want to fight anymore 🤷🏾‍♂️

Maybe I’m crazy, but I just feel “MY” dignity is worth more than the payday for a rematch like this. Maybe it’s bc I’m not in that situation but it’s like will things really be different?

Woodley has all tools in the world, and has been on top with those skills. Different times.

That’s it. Jake Paul vs Francis Ngannou is the only answer.

Jake Paul showed he has toughness and won’t quit! Tyron wasn’t active enough, not a bad fight tho. It was activity! Paul was exhausted and when guys are that tired gotta show em the door. Whatever man. Dammit Tyron

Prior to this fight, a fan tweeted the following to WWF Legend Chris Jericho:

“Hear me out guys. @jakepaul would make the best @WWE wrestler. Let @IAmJericho coach him for a year or so and you’ll have the best heel wresting had ever had.”