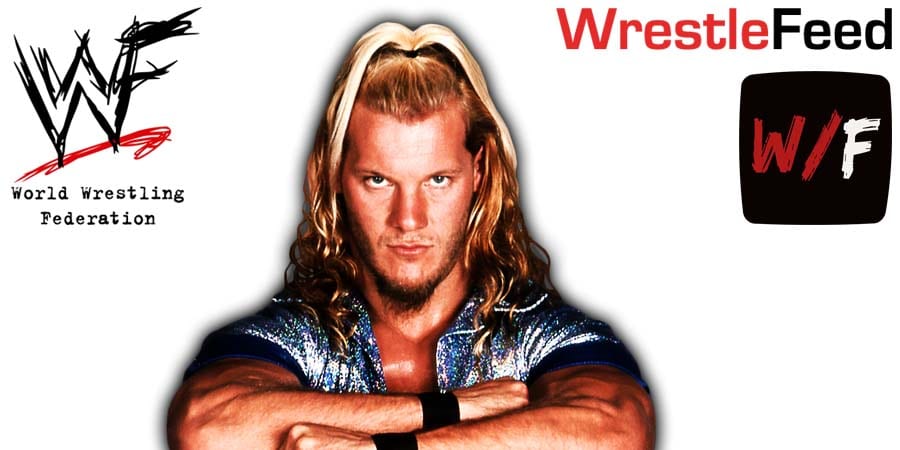 WWF Legend & current AEW Superstar Chris Jericho was recently interviewed on Superstar Crossover, where the topic of Mount Rushmore Of Wrestling came up.

His Mount Rushmore Of Wrestling:

“I love Shawn Michaels, Owen Hart, Ricky Steamboat, Hulk Hogan. Those were my four favorites when I was growing up so those will be my Mount Rushmore to this day.”

Why he didn’t pick himself to be on his Mount Rushmore:

“You don’t pick your own face to be on Mount Rushmore. If that was the case then all of us would have four, four, four of us.

The Mount Rushmores and the G.O.A.Ts and all those sorts of things are such interesting topics of conversation but if you are a G.O.A.T or you are worthy of being on someone’s Mount Rushmore, you probably don’t have to really say it.”

It was LIVE from the America West Arena in Phoenix, Arizona and featured matches, interviews & storyline segments on the road to the ‘WWF Unforgiven 2000’ PPV.

– Too Cool vs. Chyna & Eddie Guerrero

– Right To Censor vs. The APA

– No DQ Match: Chris Benoit & Kane vs. The Rock & The Undertaker