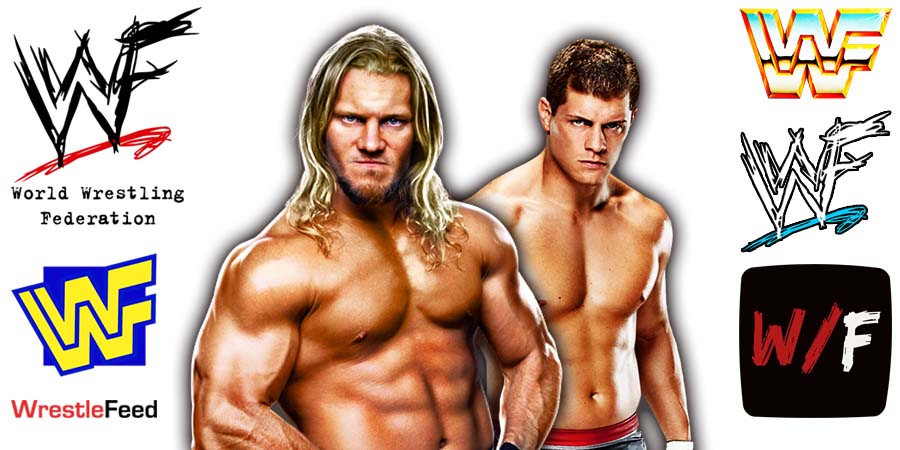 After returning to WWE at WrestleMania 38, Cody Rhodes was interviewed by Variety, where he said the following about leaving AEW:

“I chose to remain silent about my departure from AEW and I’m going to keep my word on that. There’s no shoot interview. There’s no nefarious tale that’s going to be told.

There were all these different theories and none of them are correct. I mean, there were things about money and creative control. They were printed as fact and it’s been a very difficult two months to see that, when the reality is it was just time.

It was a personal matter and we couldn’t move past it. I have nothing but respect for Matt [Jackson], Nick [Jackson] and Kenny [Omega]. I’m rooting for Tony Khan.

His name is going to be in the history books as someone who helped to bankroll and support this entire alternative and revolution that AEW became but for me, it was just time to move on.

I get an opportunity at my dream, I get another chance at it. And you really can’t leave any stone unturned with that.”

During an appearance on Busted Open Radio, former AEW World Champion Chris Jericho, who feuded with Cody in 2019, said the following about The American Nightmare leaving All Elite Wrestling:

“I was honestly disappointed he left, but I get it. I’ve done it many times myself.

I mean, I left WWE in 2017 for basically the same reason why Cody left AEW, from what I understand, is he just didn’t think he was getting the, I don’t know if it’s the spotlight, or respect or whatever the word being, but you can kind of see the writing on the wall.

So obviously, now Cody is bigger than he’s ever been just by changing companies, and obviously they did a great job in putting him over at WrestleMania and bringing him in at the highest of levels.

Now it’s up to Cody to do the dirty work, shall we say, and continue that momentum and get that job done. Can he do it? Absolutely. He’s a very smart guy. He’s a great performer.

So I think Cody is going to fit in there very good. We’re going to miss him in AEW. But quite frankly, it was a shock when he left, and a week later, you know, it’s almost like he never even existed. That’s just the way wrestling goes.

So congratulations to him. God bless him. I’m sure he’ll do great there.”

Also Read: Chris Jericho Reveals The Real Reason He Has Lost Weight As Of Late