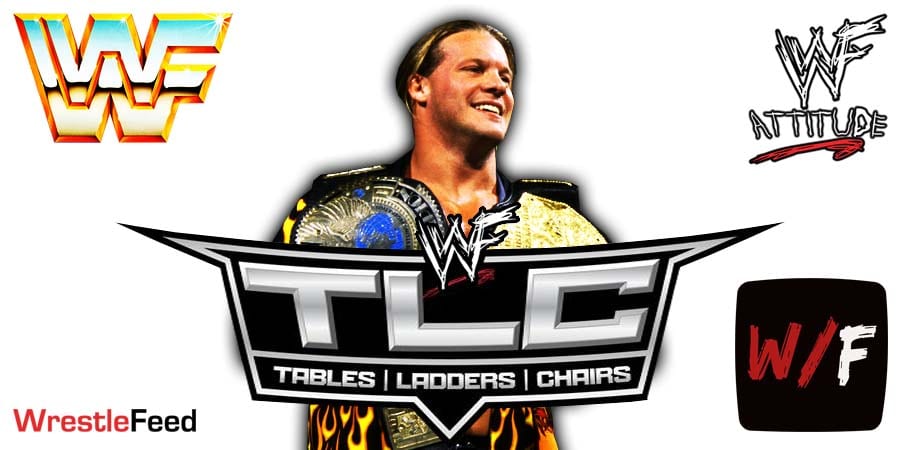 It was pre-taped at the Alltel Arena in Little Rock, Arkansas and featured pre-taped matches & storyline segments on the road to the ‘WWF Royal Rumble 2001’ PPV.

4. Hardcore Match: The Undertaker vs. Raven

During the match, there weren’t any good ladders left for the men to climb, so Jericho stood up on Big Show’s shoulders to reach the titles, but HBK superkicked Big Show and this led to Jericho flying out of the ring.

It looked like Jericho was set to go through the tables set up outside the ring, but he ended up hitting the table face-first in a very scary spot.

Jericho wrote the following about this scary spot on Twitter: