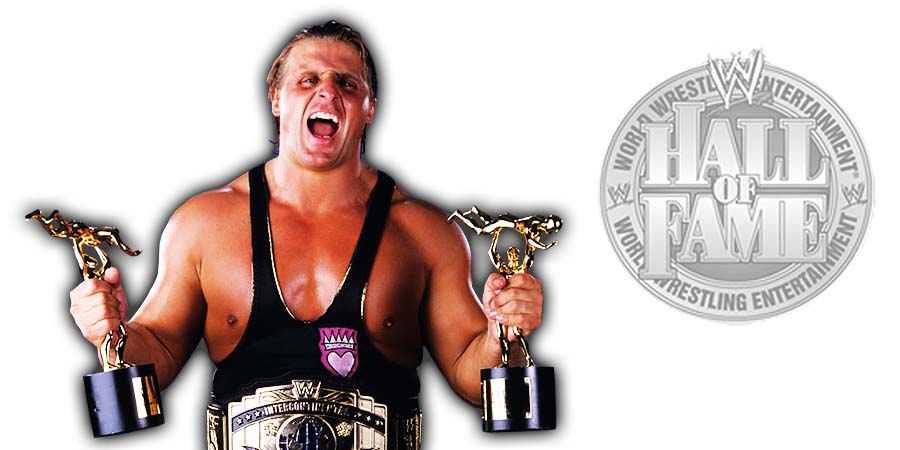 This episode was broadcasted from the American Airlines Arena in Miami, Florida and featured matches, interviews & storyline segments on the road to the ‘WWE Bad Blood 2003’ PPV.

5. The Hurricane vs. Randy Orton

• Chris Jericho Wants To Honor Owen Hart In AEW, Says Owen Shouldn’t Be Inducted In The WWE Hall Of Fame

While speaking to Stephanie Chase, former AEW World Champion Chris Jericho said that he wants to work with Martha Hart to honor her late husband, Owen Hart, in AEW.

On why he thinks Martha Hart is right about not letting Owen being inducted in the WWE Hall Of Fame:

“I never thought Owen should go in the Hall of Fame, it’s just not right. I think anybody who had any problems with that should watch it and will understand where the family’s coming from. His influence doesn’t go away and it shouldn’t be minimized but if (Martha) doesn’t want to do that through the WWE system, I totally get that.”

On AEW wanting to honor Owen:

“I’d love to see (Martha) do something with AEW. I think the spirit of Owen Hart lives on in AEW for sure.

I’m a huge disciple of him. I’m very much influenced by Owen Hart. So I think that, whether it’s New Japan or AEW, I think it’s important for Owen to be remembered by his fans and by the people that he influenced, myself included.”