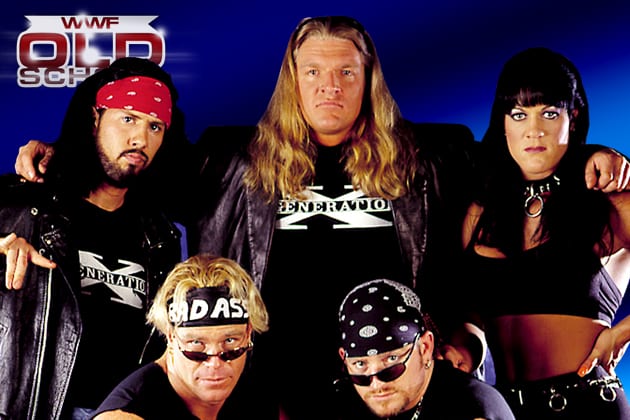 On last night’s Steve Austin Podcast on the WWE Network, Triple H was asked if Chyna would ever get inducted into the WWE Hall of Fame. Here’s what Triple H had to say:

“Chyna is one of the best ever, but she is a difficult case because the Hall of Fame is for the fans. What happens when an 8-year-old hears the name Chyna and wants to look her up; what do they find on the internet, aside from her wrestling career? She made choices, and there’s no judgement, but it makes things difficult for the WWE.”

Incase you don’t know, Triple H was referring to her work in the adult movie industry.

Apparently, this was a trending topic on twitter and here’s what Chyna had to say:

“Wow. I just put my Twitter on and I have all of these messages. Never been a trending topic before. I understand that the question was asked why am I not in the HOF? I have my reason as to why however, let me make this clear. If the WWE was ever to say that I was going to be inducted, either as part of the groundbreaking DX or as an individual, my answer would be what a friend of mine used to say in the ring, O HELL YEAH! I just want to take a minute and thank all of the fans that keep my name out there. You have no idea what it means to me. I love you all.”

Here’s an interesting thing to note. A fan asked Chyna will she ever try to contact WWE for one last match? Chyna revealed that she indeed tried to contact WWE several times in the past but was ignored. Here’s the conversation between the two:

@Reynolds_Gage_ I have contacted the WWE several times over the years. They have not responded back

What are your thoughts on this topic? Do you want Chyna in the Hall of Fame? Vote below!