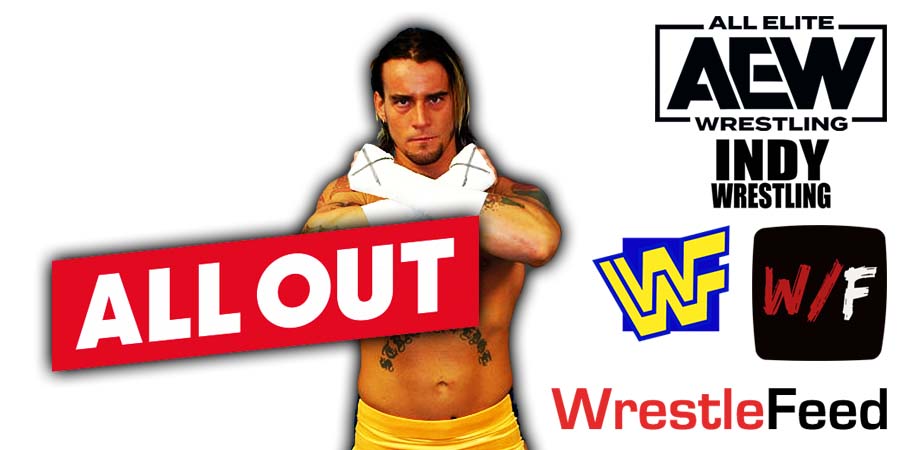 Former WWE announcer Renee Young recently had CM Punk as a guest on an episode of her Oral Sessions podcast, where Punk bashed WWE for how things are run over there, especially backstage.

“My perspective is, I came up in a place that was a shark tank full of bullies that were protecting their spot. And it wasn’t about what was good or bad or right or wrong. It was, what I did was always bad and always wrong, and there were people who ran the show who told me to my face, ‘I don’t get it’. And I would just be like, ‘Well, what the f**k are we doing?’.

If I’m in developmental, and to liken it to playing Triple-A (base)ball, I wanna make it to the Major Leagues. And if I’m hitting home runs, I’m the home run king in Triple-A ball, and I get called up to the Major Leagues and the guy on the team with the most home runs tells the hitting coach and the bench coach and the manager, ‘That guy sucks’, it’s just like, oh, we don’t wanna just win games? I came up around a lot of that, but I also think that’s what made me a cycle-breaker.

Kofi Kingston’s first day on the road, I was like, ‘Hey man, you’re riding with me’, and he was just like, ‘Okay, great’. Because I got there and I was already a grown a$$ man, and I had these other grown a$$ men picking on me, and I was like, ‘Why is this like high school?’. But that’s the culture, that’s what they want. ‘We want you guys to fight and we want you to want his spot’. And I never wanted anybody’s spot, I wanted my own spot.”

Did Punk really not have a good time during his 2006-2014 WWE run, as he claims, or does he say it because he wants his current promotion AEW to become a more serious rival for WWE?